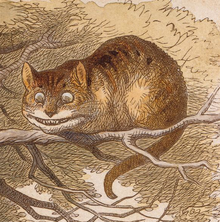 Osbert’s Anglican Church.  It was the same stone that Constable had

painted so warmly when he depicted Salisbury Cathedral.

The vicar had glanced at the latest entry in the Visitors’ Book, before

wandering into the churchyard.

Dr Lawes appeared to be a typical American tourist, judging by the

inordinate amount of camera equipment that he was carrying.  His

surname was ringing bells, but not in a campanological fashion, for the

vicar.  Wasn’t it the same name that was to be found on many of the

The visitor was in the unhallowed burial section, adjusting his lenses and

trying to capture a special view of the steeple.  This had caused many a

photographer of lesser ability to flatten the wildflowers which grew

profusely in its shade.

Good afternoon! greeted the Rev Dodgson.  I believe you are a long way

from home?  This was a tried and tested opening gambit which may have

given some an impression of his virtual omniscience and benevolence.

Yes- and no, drawled the complex and surprisingly pale Dr Lawes,

in an expansive non-British fashion.  Yes, I am from Alabama, but my

roots are right here in the Wylye Valley.  I visited Philipps House this

morning and, in conversation, discovered quite a bit about my ancestors

and their Royalist connections.

Lawes… the vicar pondered.  Ah, the Comus link.  Have you had musical

genes passed down to you?

Sadly not, replied the photographer, screwing the lens cap back onto his

camera.  But I could have sworn that I was seeing creatures from my

namesake’s masque in your churchyard.  It may have been a trick of the

light, but a curious presence seemed to follow me around and then I saw

what looked like a human mouth begin to materialise.  It quite unnerved

me.  To tell you the truth, I’m glad to see someone else is here.  But

maybe I’m becoming paranoid.  Am I? he joked, unconvincingly.

How would one ever know if one was mad? retorted the Rev Dodgson,

lapsing into his tedious habit of responding to difficult questions by

posing further interrogatives.  I could quote MY namesake and add

‘You must be mad to come here.’  However, the fact is, Dr Lawes…

The Rev Dodgson ignored this plea and continued,…the fact is, you

have just espied our resident ghost, Risus Sardonicus.  The Latin

suggests a male gender, but I can assure you that she…

Why doesn’t he just say ‘you have just seen’? Lawes thought to

himself.  Aloud, he repeated: She?

Yes, she has similarities to that phantom feline, The Cheshire Cat,

but she is less forthcoming.  You are not the first to have been sneered

at by Mary Norton, she of the distinctively green eyes, which some have

assigned to glow-worm activity.  However, the stare often comes from an

elevation that not many animals could scale.

Do we know anything about this Mary Norton?

buried, replied Dodgson.  It is an unmarked grave, so you were not to

know.  Maybe she doesn’t appreciate being trampled on.  This was intended

to be a mild plaisanterie.

Lawes, who was unsure of English irony.  Only, the view of the steeple,

with Grovelly Wood in the background, was so photogenic.

Indeed.  You couldn’t have known.  As one of our dramatists has said:

‘Youth emits smiles without any reason.  It is one of its chiefest charms.’

Don’t regard it as an expression of personal animosity.  She does it all

the time as she was not too keen on how our parishioners treated her.

Is that why she’s restless? postulated the tourist, placing his heavy

it more respectfully on the grass.

Hmmm…Yes.  I don’t think people like to be publicly excommunicated.

Apparently, Mary had an unfortunate habit of bursting into totally

inappropriate laughter at Eucharist and other services.  The locals thought

she was demon-possessed.  She would rock back and forth…

The vicar ignored the interruption: …emitting guttural noises, her

tongue lolling.  Maybe the girl was ‘touched’ but these were less

tolerant times.  People were quick to detect blasphemy.  No one knows

the precise manner of her death.  Her body was discovered in Grovelly

used to go to Salisbury and dance on the lawns in The Close.  Then

they’d lay oak boughs on the altar.  I forget why.

Well, there she lies- or doesn’t.  I could say with my favourite poet,

Browning: Oh sir, she smiled, no doubt, whenever I passed her;

but who passed without much the same smile? Unfortunately, though

commands have been given, the smiles don’t stop altogether.

Lawes was tiring of the literary references, but he had been thinking

very hard during this expatiation.

Poor Mary Norton! he reflected.  No wonder she is so unquiet.  Her ears

have not yet materialised, so perhaps she will not hear my thoughts on

the matter.  I can assure you, sir, that there was no question of diabolical 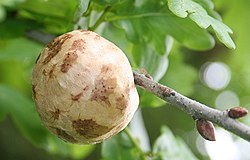