Tyntesfield – the wistaria scent was so fragrant

Back to The Tale of Genji and another choka:

and the bullrushes thickened;

settles in the hall.

Though neglected, she keeps faith.

The Prince passes by; A re-blog, as every year I get a kick out of

seeing the magnificent wistaria at the entrance

to The Cathedral Close in Winchester:

WAITING FOR THE WISTARIA

of tendrils, to titivate Prior’s Gate;

to flourish its purple helter-skelter

ear-rings.  For Winchester, it seems quite late;

facades, yet soon their petals will be spent.

But this one saves its special party trick 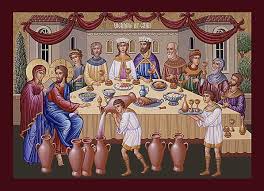 Hi!  It’s Candia again.  No, I’ve not been in hibernation, but could

have been excused for refusing to emerge from the duvet, with all

Went down to Wintonchester today, to soak up some sun and I came

across my old friend: the wistaria growing over the entrance to The

Cathedral Close.  It reminded me of the poem that I wrote nearly

twenty years ago, when I first moved into the area.  I had seen an

featured .  I immediately bought the book and determined that I

would live in the vicinity of such an impressive portal.

That first winter I waited for the gnarled creeper to blossom.  When it

did, I felt that I had come home.

WAITING FOR THE WISTARIA

to flourish its purple helter-skelter

ear-rings.  For Winchester, it seems quite late;

facades, yet soon their petals will be spent.

But this one saves its special party trick