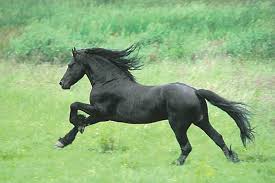 The Running Sore, only one of Suttonford’s watering holes, once-favoured by

the droving community, had been refurbished by its dyslexic landlord.  He had

decided to leave the pub sign as it was, in spite of many townspeople pointing

out the orthographical inaccuracy, or its similarity to Lloyd’s bank logo.

But how to draw in the hard-pressed-for-choice revellers?  He was in

competition with The Ostlery and The Bugle, both with their particular themed Ah, he thought, as he read the latest news about Edinburgh being the

new location for an updated version of the popular board game,

‘Cluedo’,  I will arrange teams who can play a Suttonford version on our

quiz night. There can be a prize for the team who is first to detect the

identity of the Perpetual Victim.  Most people round here will be only

too quick to spot one, especially if they look in the mirror.

The game’s weaponry could be retained, except that the candlestick

would be upgraded to a candelabra, if the Liberace film hadn’t rendered

that item too lowbrow, by connotation with Michael Douglas. Hmm, let me see, he cottagated, or was that cogitated?  I will need to supply

six new characters.  I could base them on regulars: what about Miss Melinda

cleaner who loves frequenting the broom cupboards of householders to

consort , or besport, with butlers who resemble Borises Becker or Johnson;

the Rev Anna Baptiste: an heretical woman vicar- at least unorthodox in

pronouncements often reverberate off the stuccoed walls of houses in

High Street (a lady who lunches as she goes about everyone else’s business.)

she has gone under the scalpel nearly as often as a Wilderstein.

He would relocate the mansion to Royalist House, owned by Sonia, the town’s

medium.  Then he could alter the apartments to boot room, minstrels’ gallery,

tack room, barrel-vaulted gin cellar and so on.

If anyone in the town had better suggestions, then they could post them

a candelabra. Or anaphylactic shock provoked by maribou allergy!

More usually it was the Suttonford Wives who expressed such

murderous thoughts towards the hard-working physio and they expressed

cafe on a fairly regular basis.  They weren’t postulating Death By Chocolate

for their bete noire, though the lady herself favoured that particular mode of

asphyxiation, it must be said.

And what would the prize for the winning team be?

Ah yes!  An overnight stay in Sonia’s haunted attic with a boastgutser, namely

himself, with Sonia’s merpission.  All lucre accrued could be donated to the

With his creative character assassination, he only hoped that he would 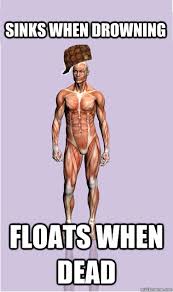