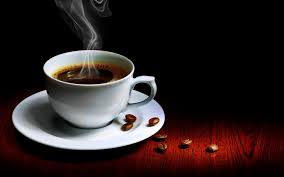 You bag the seats and I’ll get the order! volunteered Brassie.  Carrie,

Clammie and I miraculously found a table in a corner of

detritus to one side.

What was that about a bag? asked Clammie.

Oh, nothing.  She was just referring to securing the seating.  Just

the beauty shop, offering 20% off to old bags.  She must have had it

on her mind, you know, subliminally.

Was the notice serious?  There is definitely a target market here,

commented Carrie, cheering up a little.

Oh, I think we are all practising for the day when we can achieve the

discount!  But no, when I looked at the notice more closely, it

referred to an actual company called The Old Bag Company and

Raquel in Beauty and the Beast must stock their products, I There you go, said Brassie, placing the little table number on the

cleared surface.  She sat down opposite Carrie and then jumped up.

that monopolised the tables in the afternoon.

Right, I said.  We are all ears.  What happened?

Carrie sniffed a little and began:

I appreciate you guys’ support. Well, as we all suspected, Grandma

Jean’s broken hip was really curtains for her.

(We knew that Jean Pomodoro had suffered a bad fracture on

Hogmanay in her nursing home in Glasgow on Hogmanay.)

They have been brilliant, actually.  The staff always encourage the

residents to put on a mini White Heather Show, with those who are

And the others having funny turns, joked Clammie.  I glared at her.

Well, they like to see in the New Year and it is all good fun.  Of

course, they vet the acts so that dirty old men don’t get too raucous

over renditions of Andy Stewart’s Donald Where’s your Troosers?

Anyway, Jean loved singing.  She used to perform duets with

Gianbattista- Grandpa- and they blended so well. She had just

finished A Red, Red Rose and there wasn’t a dry eye in the room.

Amazing for 91. Although a little unsteady, she had stood

throughout and was about to be led back to her wing armchair, when

a naughty old boy who looked like Billy Connolly, apparently, said he

would follow on with another Burns’ song: Eight Inch Will Please a

Lady.  Jean was so shocked that she fell over.

I don’t get it, said Brassie.

Carrie explained: She was shocked at the impropriety.

Clammie blurted out, I’m not surprised.

No, explained Carrie, she was offended by the fact that he had got his

What is? asked Brassica, still none the wiser.

I decided to protect her innocence.  It’s the maximum permitted 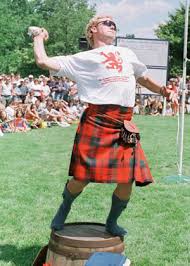 I still don’t get it.

together in the nursing home for ageing divas.

Yes, said Brassie, but she didn’t have the problem of falling over did

No, and I wouldn’t call it a problem if I had to lean on Tom Courtenay

What is wrong with her? Clammie, I mean.  She isn’t usually so

insensitive. We are supposed to be empathising with Carrie’s sad

So, when is the funeral? I asked.

Not till next Friday.  They’re putting her on ice so the Italian relatives

have time to organise themselves.

Maybe I don’t have to worry about sensitivity then.. On Ice?!  She

sounds like a bottle of Bolly!  Speaking of which, how is Ginevra going

to cope when she hears of the demise of one of her closest friends?

Ginevra:  I wonder if they do 20% off for Old Bags at the cremmy?

Ginevra:  Allegedly, there was once a huge ‘Glasgow Mafia’ funeral at the crematorium

and the organist was busking it as they all filed in.  He looked over his shoulder at the

coffin, to estimate how long he would have to keep playing and there was a huge floral

wreath with what he thought said: Biggles marked out in red roses.  So, thinking the

deceased must have enjoyed aviation as a hobby, he..

Carrie: Didn’t!  Did he launch into The Dambusters?

Ginevra giggled: You got it. Jean told me. She was in the congregation. She was in

G: Because what it really said was : Big Les!

and that would make it a double funeral.  (An economy that Grandma Jean would

have approved of – coming from Glasgow!)