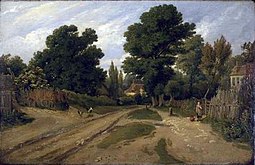 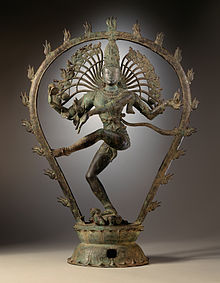 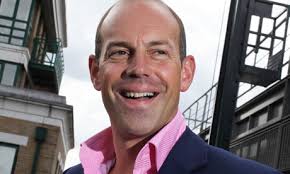 Clammie had succeeded in getting her own way, as usual.  Tristram, her longsuffering husband, had been instructed to come home early from work, even though there was a big contract in the offing, as she had arranged a viewing of the eight-bedroomed, double-fronted Georgian house in High Street, Suttonford- (the one she had lusted after through the window of Shelley’s Estate Agency.)

Tristram had been unenthusiastic-understandably so-, given that their outgoings on school fees and mortgage were already crippling them financially and they had not even put their own home on the market.  So Clammie had brought in the big guns, namely Kirstie and Phil from the programme, Location, Location, Location.

Tristram was on a hiding to nothing and he knew it.  He had dutifully returned early, but Clammie had already smoothed most of the logistical difficulties by arranging for her boys to go to an early screening of Skyfall with Brassica and her twins.  Scheherezade was going to stay over at Tiger-Lily’s to work on their joint art project, while listening to One Direction.  Seven pm was an annoying time for a viewing, but Kirstie was a busy woman and that was the time they had been given.

Clammie had laid out his best, but casual Boden gear and then she had spent most of the afternoon trying to look cutting-edged, but understated.  This meant that she hadn’t organised a meal for their return, so Tristram telephoned and placed an order for an Indian takeaway with Benares Balti House.  He just hoped that the salt content wouldn’t do irreparable harm to his kidneys.

When Kirstie- certainly not understated- opened the door and ushered them into the hall of Nemesis House, Clammie fell instantly in love.  It would have made more economic sense if she had fallen for the rather dishy cameraman, but they squeezed past him as if he was invisible and the first soundbite to be recorded was Clammie uttering the totally original : Wow!  She then produced the suspect sentence that she had been invited to use in order to promote the programme:

The camera focussed on Tristram, but not picking up the appropriate expression, swivelled to Clammie again, who said:

The large kitchen-cum-dining room has just the dimensions we crave for family bonding at mealtimes.

Kirstie felt she had it in the designer handbag, so she allowed them to go upstairs with Dan, the cameraman and then she texted Phil, who was sinking a pint in The Peal o’ Bells around the corner.

Get butt here pdq.  Sense sale.  Wild card not needed.  If no deal will eat espadrille. Kirstie addressed him differently off-camera.  She’d been on her feet all day and so she slipped off her wedged platforms and cooled her stockinged soles on the Welsh flagstones in the kitchen.

Phil thought: In my own time, hussy.  (He was enjoying a third pint of the local micro-brewery’s Old Badger and was getting the low-down on the market from some of the locals.)  However, he knew all about being shown the red card, so he drained the glass, wiped the froth off his upper lip and hared it round the corner.

Clammie rushed into the kitchen, flushed and exclaiming:

Most of our furniture would fit and a lick of Little Greene paint would cover the cinnabar in the hall and the cardamom in the boot room.  Listed Building Permission for a few things and hello! –I mean, Voila! – Our Forever Home!  She looked into the lens, hoping that the entire nation would recognise her bilingual skills.

So you want me to phone Shelley’s in the morning to make an offer?  Kirstie could see a sunbed featuring on her horizon.  I think we should go in at the asking price.

Tristram wanted to put his foot down, but he knew that even Rumpelstiltskin could have put his foot through the floor and it would have made no impression on his wife.  The cameraman gave him a sympathetic look.  Both women ignored him.

Phil let himself in with the spare key.  Before he could enter the kitchen a make-up girl powdered his receding hairline.

Quick work, Kirstie, but just before you get too excited, I have something to say.  Do you want the good news or the bad news?

I don’t like these infantile games, Phil, Kirstie scolded, nodding to the cameraman to switch off.

A guy in the pub has just told me that the owner of the Balti House put in a good offer this afternoon and they’ve taken it off the market.

What did he offer? shrieked Clammie.

But we would have offered more. Gazump them! screamed Clammie, turning the colour of Vindaloo.  Clearly she planned Montezuma’s revenge.

Sorry, said Phil.  He sealed the deal with a promise of complimentary poppadoms for life.

Kirstie spat, Poppadoms are SO last century.  It was difficult to make out what she was saying, though, as true to her word, she was beginning to eat her espadrille.

It dawned on Tristram that Balti, along with something else, was going to be off the menu for a very long time.  He hoped Kirstie and Phil, or the cameraman and make-up girl, might like a doggy bag at eight thirty. Meanwhile, the indignity of it: he would have to join the queue for pollock and chips at Frying Tonite.  He’d never get the smell out of his new Boden Chinos. 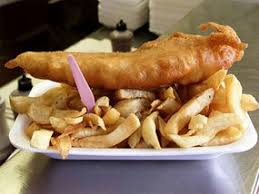