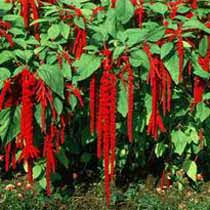 Suttonford Show…In the very recent past the Show has had to be cancelled, as wallowing in mud might be popular if you are a hippopotamus, but not if you have to park a vehicle and drive it away again at close of play.  So we all hope for a dry day and one in which Kirstie Allsopp will keep her distance and will refrain from entering her creation in the Victoria Sponge section, even under a pseudonym.

She is quite capable of purchasing one of those £200 drones that could hover outside the kitchen window of the WI member who has taken First Prize for the last umpteen years, all to bag her recipe and rosette.

If she persists in this behaviour she will end up face down in the quagmire behind the judges’ marquee, with one Coltsfoot welly missing and a threatening slogan daubed in cochineal on the canvas behind her.  On closer inspection she will have sustained a blow to the head from a shooting stick, which may/ may not bear the fingerprints of Phil Spencer’s long-suffering wife.

Having had to examine myself before taking communion, I have to add that I quite like Kirstie Allsopp, but I also enjoy having a satirical dig at her. I wouldn’t attack her with a shooting stick myself because the pen is mightier than the sword.