you’ve been hiding in your garage

ever since the leaked news about your private life.

Stay there: we are all on the side of your long-suffering wife. 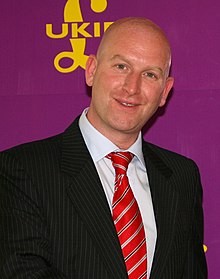 it’s all very well offering us a rebuttal.

Okay, someone committed a ‘blunder,’

but the implication you have close friends at all is a greater source of wonder.

Hope you are not inundated in the South.  Read about all the flooding,

power cuts and trees coming down.

Cameron in Waitrose at Witney.  Recognised Church Green the other

day as his backdrop, when he was telling the world that he was giving

Financial Times of Michael Portillo, posing on the bridge at the end of

my garden in Suttonford.  I think he must have been visiting his

associate, George, who lived nearby.

Well, I needn’t fret: I am evidently still at the centre of global events.

for pastures new (ghastly euphemism pinched and abused from Milton,

who employed it freshly) can be a bit daunting.  That’s why it was

wonderful to come across a veritable burning bush of hawthorn berries

above Dragon Hill – you know, where St George allegedly slew the dragon.

I kept thinking of U. A. Fanthorpe and her witty, GCSE anthology-

endorsed poem on that subject.

vibrant and it reminded me of Moses and his encounter with verbal,

I wondered what it might say to me and checked on the original tale.

So, Moses was over 40 years old and no longer a bigwig.  Instead he was

caring for his father-in-law’s sheep, which did not exactly utilise his

expensive Midian education.  (I suppose he might have been having a

crisis, like David Cameron after loss of power.  But I don’t think SamCam

wool for her new fashion line.)

I wonder if Moses’ wife still wore her kohl in the backside of the desert?

Or had she already been yummy-mummified by then?

However, the encouraging thing is that, in a moment of paying

a new commission, namely to be leader of the Israelites, as they were

to be delivered from slavery.

So, Brassie, what do you think I did?

No, I didn’t apply for leadership of UKIP, or any other party,

hoping to take my people through the wasteland of Brexit…

No, I wrote another sestina on the epiphanal moment when I

realised that I am not past it.  I mean, I knew it, but I had not felt it

My friends who were staying with me had just been to Highgrove,

where it has been suggested Prince Charles talks to plants, so people

may accept, that, in a way, a bush spoke to me yesterday. and said

something like, Fool, look in thy heart and write!

(Okay, so I know I am appropriating Philip Sidney, but it was a poetic

your life than the original Renaissance Man?)

and, in Fanthorpe’s poem, the dragon speaks, so, suspend your disbelief,

Here’s the poem inspired by a communicative Crataegus, namely the

humble hawthorn, except that it was an acacia in the case of Moses

and they have the original (they allege) at St Catherine’s Monastery:

So, how was I to get his attention?

though plenty self-ignite and are destroyed,

he’ll notice that I actually sustain

and it is not consumed.  Thus I will speak:

that ought to alert him to my presence.

He feels that he no longer has presence.

The world has ceased to pay him attention

as he minds in-laws’ sheep, over a fire

on Desolation Mountain, so to speak.

It’s not an activity to sustain

a man’s confidence, which has been destroyed.

his eyes blinded to Shekinah presence-

he has to be convinced that I sustain.

He is not paying me due attention;

the smoking flax is no longer on fire.

Moses!  Can he believe a bush will speak?

He cautiously approaches tongues of fire.

Confidence that had been all but destroyed

re-ignites, as I re-assure him, speak

and creator of all hope.  I sustain

the universe.  The Egyptians I sustain.

The Israelites I will refine with fire

and, in order to gain his attention,

I’ll speak to him from something not destroyed

by elemental powers.  My presence

is going to give him confidence to speak.

I have a message; words for him to speak

and laws which I will give him to sustain

my people.  He will convey my presence;

ensure that other gods are all destroyed.

Speak! For the Egyptians will be destroyed.

Sustain your attention.  Heed my presence.

The fire of Adonai will burn in you. 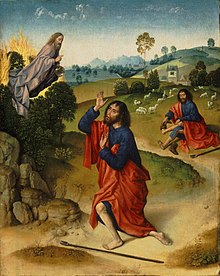 It was Suttonford’s Big Day on the calendar: the annual ‘Ale n’ ‘Arty Festival.

recoup the fees for their stands, by studying past records of footfall and

clappers on their bells.  Their wives were keeping their fingers crossed, as well

as their ankles, and were hoping for fine weekend weather.  They were always

pleased to have their domestic space to themselves.

Gary, the modern equivalent of a Town Crier, had remembered his lesson from

the previous year and had set the volume of his megaphone to a kinder level.

He would be commenting on the relative merits of real ales, such as Crushed

Badger and Roadkill and Hop It!  Hopefully, he would have the chance to sink a

There was even going to be a stall featuring wine from a local vineyard.  The

grapes which were pressed were a variety based on Rot ‘Em Pinot, a vine

whose leaves sported white hairs, making it entirely in keeping with the more

mature population of Suttonford and environs.  Wine historians had linked its

stock on the sunnier slopes of Wintoncester, before rolling down them. The Duchess of Cornwall, in her capacity as President of the UK Vineyards

Association, had declined an offer to open the festival, but she had sent a

Gary peeked through the wicker.  He didn’t think that anacondas would

particularly appreciate oaten biscuits.  But what was he to know, compared to

globally itinerant Royals?  Frankly, if he were to be transformed into a

reptile-and many people, including his spouse, thought that he was well on

Stem Ginger and Dark Chocolate variety.  Oaten hadn’t done so well in this

the luxury.  He wasn’t sure how their currency compared to the euro. He hoped

it was holding up and that they hadn’t had to resort to quantitative easing.

They were  evidently suffering enough.  He surmised that they must be in crisis

if they were the focus of the town’s support.

detect a spot of rain.  The Morris Dancers were supposed to welcome Spring,

but they seemed to have missed the boat somewhere along the line.

UKIP logo.  They seemed to have been discounted by the proprietor, who told

Gary that he thought they would have sold well a few days ago, when he was

at a fair just south of Edinburgh.  There had been a constant deluge, but it had

not been of a precipitation nature, but had rather been characterised as being

a torrent of anti-Farage abuse and now he was left with the entire batch,

which he was hoping to shift.  Gary was somewhat dubious about his optimism. 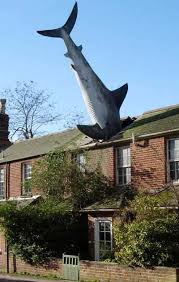