Peony and Rose tea for a change.  It can be irritating when someone else

jumps on your raft of choices.  Yes, Brassie thought that she’d like the same,

please. This drew us into a conversation about copycat culture and whether

it was a compliment or an irritation, not to say, theft, to adopt someone else’s

Apparently, in China there are replica Cotswold villages, a Thames town

with half-timbered houses, cobbles and olde worlde pubs.  In other regions

there are counterfeit Eiffel towers and Tower Bridges. Hah! I scoffed.  They even have a Stonehenge and a Hallstatt. Mind you,

Oh yeah, Brassica said.  I don’t think she’d heard of Hallstatt, so she

by-passed that topic.  I read about an architect called Tony Mackay who

criticises the pastiche effect, where the wrong building materials are used and

they get proportions wrong, creating a film set rather than authentic

There’s a book called Original Copies, or something like that, I added, having

read the BBC News reports online the day before.  I think the author is Bianca..

No, I gave her a withering look.  Bosker.  She postulates- I deliberately used a

imitation as the sincerest form of flattery.  It is their original concept of

Well, who’s to say which is superior: pushpin or poetry?  Brassie was showing

off her ancient residual knowledge of JS Mill from her degree, many Chinese

lanterns ago.  It was hardly likely to ignite a conversational conflagration and

anyway, nobody ever knows what pushpin is and it’s a bore having to explain,

like trying to clarify why a joke is funny, or not. 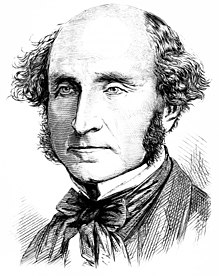 Brassie was determined to score one over me. ( Advantage.)

Zaha Hadid is a British architect, isn’t she?  Brassie looked triumphant and

somewhat flushed.  It wasn’t the tea.

look like three fish-like forms emerging from a stream?

Hey! I squealed.  I’ve just had an idea!  Why don’t we get the Town Council to

invite some Chinese VIPs over here to see if they’d like to buy Suttonford,

lock, stock and barrel.  We have half-timbered cottages and period houses and

original characters.  Or, they might build us in duplitecture.  I’m sure they’d You mean Suttonford with a Chinese skin?  Brassie’s eyes were wide.

Actually, then we could ask Zahid to design some fish buildings for us.  After

all, we have the trout and the chalk streams, so they would fit in well with

our environment.  We could offset the cost by selling off the Suttonford

Kebab van, complete with its fairy lights and noisy generator…We could pull

and all things piscatorial.

And we could have a Terracotta Army on the roundabout, gushed Brassie.

No, that would be naff, I cautioned her.  After all, I am the arbiter of taste

So should we attend the next Council Open Meeting?  Brassie asked

Possibly.  But don’t say anything to anyone meanwhile.  We don’t want anyone

copying our ideas.  Hmm… I don’t know what to cook tonight.  Oh, I

know-we’ll just have a Chinese, though it’s nothing like the real thing.

Oh, we can do that too, said Brassie.  Cosmo and the boys like one once

Why, oh why does she not get her own ideas!  If I change it to an Indian,

she’ll follow my choice.  I suppose it is a compliment, but if I said nay, it’s

camel, she’d be right behind me.  Irritating!  I’m with Hamlet on this one:

get your own ideas and stop jumping on my band waggon, whether you are