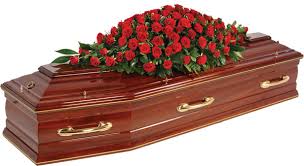 Yes, it’s so nice to see you back where you belong! I remarked sincerely to

Carrie as we queued in Costamuchamoulah.  How did the funeral go?

Brilliantly, thanks.  It was lovely to catch up with the family.  I haven’t

been north for some time.

And did you go to a Burns Supper, as you said you might? 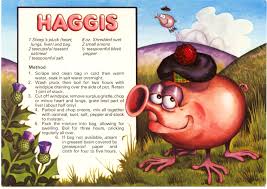 I certainly did!  It was good to flash the tartan and sing a few rude

songs from The Merry Muses of Caledonia.

Well, don’t sing any in here, will you?  I don’t think they’d appreciate

We chose our usual spot in the corner after ordering two flat whites.

What on earth is that? asked Carrie.  It sounds like a base coat of

emulsion. Carrie, being half-Italian, is knowledgeable about coffee,

so I was surprised that she hadn’t cottoned on to this trendy option. 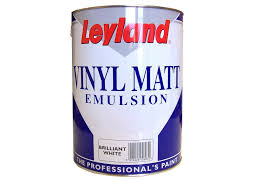 No, it’s something that Evan Davis was banging on about with Harry

Wallop yesterday, on the Today programme.  There is a new book

out: ‘Consumed: How Shopping Fed the Class System.’

Evan’s not in here, is he? she asked.  I don’t see any Spock ears

sticking out from behind an ‘FT’.

No, he was researching the different socio-economic groups and their

So, who is this other guy you mentioned? Does he hail from Nether,

Not as far as I know, I laughed. In my day, ‘wallop’ was something

after the street lights had gone on.  And, as for social semiotics, they

had scarcely got around to antibiotics back then.

Which is what this stuff tastes like, actually. So, what does a flat

white determine about your origins, then?

Apparently that you are a Wood-Burning Stover, I explained.

Well, I am-and proud of it!  What else could I be?

You could be an Asda Mum- not too many of them around, judging

by the absence of ‘Juicy Princess’ buggies. Or am I getting mixed up?

Maybe they do affiliate to that brand.  Or, you could be a Portland

Oh, someone who books themselves into a private birthing clinic.

Well, that’s clearly not a category that I aspire to join, is it? she laughed.

Any other groups that I might belong to, without my knowing it?

Well, you don’t affixate your children’s names with a –leigh suffix, do

you?  Mind you, Tiger-Lily is hyphenated.  That could loosely connect

you to the Hyphen-Leighs- ie/ those of the ‘Marillion’ generation..

Oh look! There’s a Rockabilly.  Don’t turn round yet.

I’ve heard of Huckleberry, but what’s…?

Someone who sports red trousers and frequents the Cornish coast.

Any other categories, then?

Emm…Middleton classes- as in Carol, not Kate and Pippa.  And Sun-

Those who read ‘red-tops’ and play skittles.

Well, judging by the graphics on the BFLs round here, Bags For Life,

you know, I’d say we are a mixed breed.  We stuff our wood-burners

And, I bet they’ve never heard of ‘The Sunday Post’, Carrie observed.

Now that was a social leveller if ever there was one.  Here! Take a look! I

brought one down from Scotland.  It used to have the highest per capita

readership anywhere in the world and was in The Guinness Book of Records.

And what kind of coffee drinker would be associated with it?

Camp, I should imagine.  And not just because of the articles by

And better than this emulsion, we agreed.