Was watching an Inspector Montelbano programme – for linguistic

It certainly wasn’t for subtlety, but the scenery is good!

Anyway, it was about migrants and I suddenly remembered my poem on

Lampedusa and thought I might as well publish it, rather than leaving it

of migrant boats and set it in a chapel.

So, here is my poem.

star which fell to Earth,

corrupting all our waters.

of travellers, from spirits,

why did you not help them live?

Francesco, you honoured them:

You worked with the wood,

which tanged of salt suffering;

carved their scuppered crafts and

placed one above an altar;

trembled at its touch,

as if handling a relic

(as though St Paul had

blessed all those who washed to shore,

not dissimilar to these.)

striving to strand in Heaven,

or later, wrapped in gold foil,

once through the deadly portal.

The Marabouts were washed up

alms to fund their pilgrimage.

Thomas to the coast

berated the Son of God

in a storm on Galilee.

He was still on board,

though He seemed to be asleep.

But, when He said, Come!

one found he walked on water.

have been assembled from beached

from the high tide’s waterline.

will grow, till the world is healed

who shows compassion for crowds;

and creates His own kingdom.

is to those no one welcomes.

of all our needs and desires?

But, if your wishes

go beyond your wherewithal,

you are a pauper

and a slave to your own lusts.

with contentment is great gain.

To have control over self

is the one true aim;

is a lifetime’s endeavour.

It will bring great peace.

With acceptance of one’s lot

Another poem that I liked- by Winifred Young. One of two I am

Some miracles are slow:

(whiter than all detergent claims);

healing of tissue- failing that,

the spirit’s adaptation, achievement of serenity;

(and who can know how long a labyrinth of thought

that St Paul should see a sudden light?)

awareness of Your presence

How many miracles in soul or body

the nerve that grows, the strengthened will,

Some miracles don’t happen, but 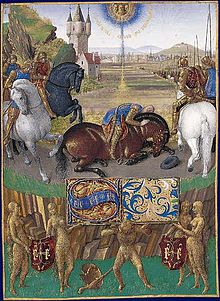