Some of the homilies could do with a firm shave by the venerable Occam’s razor, since they can be as mangled as the regal bones in the choir ossuaries and as dusty as the said receptacles themselves.  They might do well to remember the less intellectually endowed Harriet Smiths of this world, who do not always decipher obscure riddles and charades.  As Fielding said, however:

(A continuation of our previous musings on Jane Austen’s eavesdroppings culled from her position beneath the floor of Winchester Cathedral.)

There have been seasonal floral displays in various churches in the Hampshire region, including St Cross, over the years.  The last word on flower arranging was probably given by Alan Bennett in his Talking Heads 1 monologue Bed Among the Lentils, about Mrs Shrubsole and the precise placement of a fir cone in her floral arrangement, Forest Murmurs.

Nevertheless I can imagine Jane Austen tuning into covert cathedral discussions being conducted, though masked by arrangements of Venus Fly Traps and burgeoning bocage.

I daresay floral occupations are always desirable in girls of your girth, as a means of affording you fresh air and more exercise than you would normally take.  A passion for agapanthus may be deemed somewhat amateurish, but Alan Tichmarsh may yet attend and then, who can tell where your newfound skills may lead?

Ah Pansy, you enquired as to when my grand passion first surfaced, so to speak.  It developed gradually, but particularly after my first visit to my paramour’s enormous estate in Eastleigh.

Unfortunate that the more vulgar might rhyme, or connote that once verdant lea with “beastly.”

Ita vero.  Sadly, he is a fit and extremely healthy older man, notwithstanding his vast cache of stocks and shares and general lack of penetration.  I could endeavour to live with him, however minimal his funds, providing that I should have access to them all.  I would aspire to Winchester, but  a villa in Sandbanks would, of course, be preferable and might prove an initial rung on the property ladder.

Arranger 1: Indeed, it would be wrong to marry for money, but foolhardy to marry without it.

How I would love to expose those furtive rummagers in designer handbags who rapidly switch off their mobiles before the bidding prayers, lest their lovers interrupt their devotions, or who use their fumbling as an avoidance technique when the offertory bags circulate.

At some of the local school services, one often hears some young prodigy, called Alethea or otherwise, make a smug, sententious remark to her doting mater. Through over-attention, the chit’s natural self-confidence has been honed into haughty assurance.  Catherine Morland’s conviction still stands -ie/ that there is a violent and uncertain life which lurks beneath the veneer  of society.

I am constantly privy to rehearsals of the accomplishments and marvels of female students, who all play musical instruments, achieve A*s and who compete in equine sports at the highest level.  Yet, I have never heard a young lady spoken of, for the first time, without her being lauded to the Empyrean.  Yet, deficiency of nature is often little assisted by education or society.  A greater influence seems to be perpetrated by the expectation of property, usually acquired through trade, or, dare I suggest, a lottery ticket.

Nowadays, such nouveaux positively display themselves in society magazines, besporting themselves at various charitable functions of questionable taste.  Their double-barrelled nomenclatures can scarcely be fitted into the copy without a prodigious profligacy of paper and ink.

Self-appointed, knowledgeable women offer their medical knowledge to others, whether invited to declaim, or not.  They remind me of Lady Catherine de Burgh, when she held forth:

Ah, yes, my experience of the lifelong care of my valetudinarian husband has led me to recommend Echinacea during the winter months and Glucosamine throughout the year.

Their nerves command a high respect, as they have evidently been old friends with whom they have been intimately acquainted for a number of years.  Truly these are women whom one cannot regard with too much deference.

And so we must leave Jane at the moment as she is a little fatigued by this peroration , but she promises to continue to amuse us on the morrow. 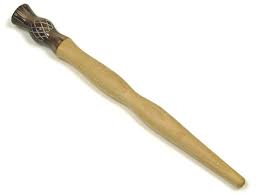