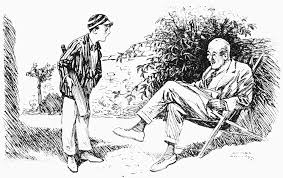 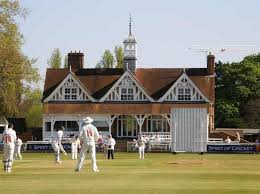 Juniper Boothroyd-Smythe’s mother, Gisela, had been trying to find a suitable

and her classmates, Tiger-Lily and Scheherezade, were being awarded

The Girl Whose Mother’s Timekeeping Has Improved Most Markedly. Gisela was going to be braving the marquee toute seule, since her formal

separation from Juniper’s father- realised after a much less provocative

gesture than that of Charles Saatchi’s.

Gisela had spotted a hat in Help The Ancient, Suttonford’s designer charity

shop. Some tattooed chavette may have abandoned it post-Ascot.  It

wasn’t exactly Isabella Blow-cum-Philip Treacy, but, for £9.99, it was a very

good deal and could be re-cycled afterwards.  Hat boxes took up too much

room in the wardrobe, she felt.

assertion manner.  No, she had literally de-cluttered her bedroom in her

flat in the boarding house, before vacating the premises for the summer

school let.  Lodging with her mother in Bradford-on-Avon usually stretched

both their reserves of patience.

demise.  It would have fitted the daughter of the deceased’s role very well,

had not dawned.  Help The Ancient had been the beneficiary. of net veil with a vintage brooch.  Burlesque not.

Come the day, Gisela was sitting two rows in front of her daughter’s

housemistress and she was unaware that her headgear was being scrutinised

in front of him.

Drusilla knew it was the same hat which she had donated, as she could detect

which she had inherited from her grandmother, who had advised her to stick it

into any male who bothered her in the dark at the cinema. (Drusilla had never

arrested if she had done so.)  Even after all these years of teaching in a girls’

school, she was still somewhat in the dark as to what male reprehensible

behaviour might consist of, and she was, frankly, rather disappointed that no

anything greater than decorative. In fact, when she saw how fetching the hat could be, she immediately wished,

like many other women who part with items from their bulging wardrobes, that

she could turn back the clock and reverse her actions. She was completely

distracted and paid no attention to the Head’s speech, in common with most of

the pastoral heartbeat of this remarkable institution. Old Girl, Ffion

of the locally-favoured charity, Anacondas In Adversity! went entirely She was last on her feet for the rousing school song, scraped enthusiastically

by the Junior Orchestra: Here’s tae Us/ Whae’s Like Us?/ Gey Few..An’ They’re

A’ Deid, to the tune Auchenschuggle.

By Monday, the first day of her holiday, she had re-purchased the hat for

£12.99 from the charity shop.  She couldn’t believe her luck, having spotted

it immediately it had re-appeared in the window.  She’d been on her way to

meet an ex-colleague for coffee, since friends were in rather short supply.

Help The Ancient is, as you all know, dear Readers, right next to

appropriate occasion to bring the cat, I mean hat out of the box.

Drat: it was that awful Juniper girl.  Why hadn’t she gone away like the others?

Of course, Mrs Boothroyd-Smythe had to work, unlike most of Juniper’s

It looked better on you than on my mum!

(She had been spying through the window.)

But why did Drusilla always feel that the girl was being sarcastic?  Maybe it

was the not-so-fleeting snigger that played about her lips.

Have a nice holiday, Juniper, she smiled.  In fact, she thought, Why don’t you

And then Drusilla tripped over the pavement art.

Sorry, Miss Fotheringay-Syylk. I hope you haven’t broken your ankle.  Do you

want me to call an ambulance on my mobile?  Let me carry your hatbox.

The first day of the holidays in Casualty.  She might have known.