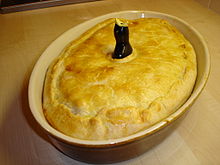 Now The Husband is getting in on my act. I’m supposed to be

the one who notices things.

Today we were in Wintoncester Cathedral’s Refectory and I spotted

something amusing on their advertising banners.  Actually, I saw

it a couple of weeks ago, but The Husband made the most fruitful

collocation, as it reminded him of Mrs Lovett’s song in Sweeney Todd.

He is a bigger fan of Sondheim than I am.

What caused the mirth and the despair?

Some bright spark had composed the following enticement:

We grow our own herbs, with as much love as our resident monks did

They take centre stage in our Refectory menus.

This reminded us of the lyrics:

It’s priest, have a little priest

Not as hearty as bishop, perhaps,

Not as bland as curate…

We only get it on Sundays

Have you any beadle?

Beadle isn’t bad till you smell it and

No, the clergy is really

Too coarse and too mealy.

Can I help you?

Two resident monks and chips. Salad on the When Sonia woke up at lunchtime, the day after she had indulged herself

with a surfeit of snifterinos at Ginevra’s son’s cottage, she resolved never to

Ginevra, totally accustomed to downing the firewater, was more inclined

to chastise herself for not sticking to her writing schedule of 1,000 words a

This was not a x-rated title: it was just that it had been pointed out to her

had been used in the eponymous title.  So, Ginevra hadn’t quite decided on

the day of the week that her novella would focus on for its unity of action.

and was resolute that it should be Saturday in the Park with Gregory.

the Academically-Gifted Girl, was adamant that she would never again bring

out her family’s antique linen napery, to dress the festive groaning board,

Snodbury, who had spilled indelible redcurrant sauce on the pristine, nay And, talking of intactae, Drusilla had determined that she was going to

visit Wyvern Mote, just as soon as The National Trust opened their

aestival portals, in a bid to resolve the mystery of her father’s

washing up – Gus had made himself scarce at this point, as many men do.

However, she had drawn a genealogical blank.

Frankly, Diana was looking forward to retrieving her own space.  She had been

always succumbed to when the adrenalin level subsided.  He had kept making

she had decked in the corner of her tiny sitting room.  She remained

unconvinced and liberally sprayed the room with Tea Tree oil.

Gus resolved to return to school early, in order to adopt The Headmaster’s

mantle and Diana secretly was glad that her choice television programmes

would not, therefore, be disturbed by the school secretary’s frequent relaying

of 24 hour reports, in the manner of an insomniac news anchor.

Everything seemed to revolve around some troublesome boy called

Boothroyd- Smythe,  Drusilla recognised the name as she had his sister in

her boarding house.  She resolved to pay attention to how the seasoned

educator, ie/ her father, dealt with such delinquents.

when I get back.  He may give his parents the run around, but he’ll have ME

to contend with in the Spring Term.

behavioural success.  She must endeavour to be less smug in the New

Augusta.  In fact, she should give the old bird a call, so long as the

packed off to The Land of Nod by 8pm, for the convenience of staff who

wanted to follow the pyrotechnic displays from Dubai, London and Edinburgh

on the telly, without the inconvenience of having to change an incontinence

and a massed pipe band. 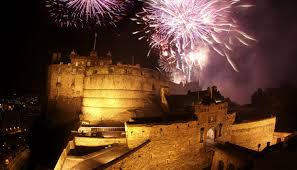 such- would probably not know what day of the week it was, let alone

what moment of portent they were missing.  She reflected on the questions

Who is the Prime Minister?  What date is it?

Actually, she herself often had difficulty in remembering what day it was in

the school holidays.  That was worrying!  What year was it again?

When she had been with Aunt Augusta in the Recreation Room, some

official had approached the old lady and asked:  Who is your visitor,

Augusta had waved the troublesome inquisitor away with an imperious

hand, such as the wife of some Indian Governor might have dismissed a

fawning minion in the days of the Raj, with a flick of a tasselled fly

The name-badged auxiliary had persisted, nodding towards Dru, but

continuing to address the increasingly agitated one:  Do you know who

Augusta scowled:  Do you know who she is?

Well, in that case, Dru’s Great-Aunt was triumphant, you don’t need

She returned her attention to her great-niece:  Ignore her, Doolally, or

whatever it is they call you.  Now what was I saying?

Drusilla resolved there and then, never to grow old. 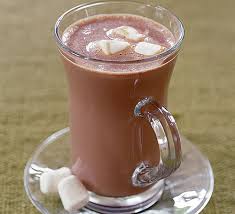 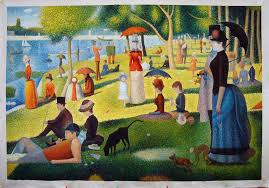