We have just had an eclipse, but here is a re-blog of a poem 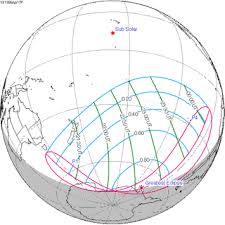 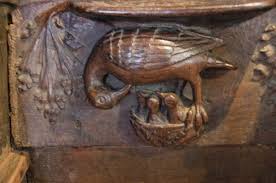 I think the term was ‘pelican daughters’, I said to Brassie. Have you read King

No, should I have?

Well, it’s where you see the trouble with familial ingratitude, and virtue having

to be its own reward, I expounded.  It’s the same with A Winter’s Tale.

and forgiveness, it can be too late for any joy in this Vale of Tears.

Life is too short to bear grudges, she agreed.  People can be so gullible

and take everything at face value.

King Lear again, I agreed.  Anyway, I was intensely struck by a misericord a

few years back.  I wasn’t aware of the iconography, but I felt the symbolism

Vulning is the technical word.

What’s that? she asked.

Oh, it’s sacrificial wounding.  I read it in a description of a book

Are you going to post another poem? she sighed.

Well, it is one that I wrote a long time ago, but maybe it needs an airing

A pelican bends her sinewy neck

towards a famished and clamorous brood.

Her ruffled breast is rent by one sharp peck.

She feeds her offspring with her own lifeblood.

Now phoenix-like, amid a flickering fire,

her neck is arched; her throat emits no cry.

The suckling of her children then conspires

to pierce her very heart and suck her dry.

And, as I look, the bird has disappeared.

And, one by one, these darlings that she’s reared

But there’s another version that I’ve read:

struck by the chicks, twisted each little head.

Three days on, he witnessed resurrection,

having pierced and sacrificed his own blood,

in order to revive his own dear brood. 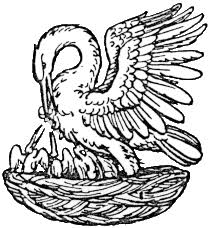 And here is a poem spoken in the voice of Peter, the fisherman who followed Christ:

We had toiled till daybreak and caught nothing,

but finding them fishless.  He stood watching

with calloused hands.  Though His breath caused the world

to emerge, He gave us no assistance.

Perhaps the sight of our washed nets unfurled-

When we’d exhausted our efforts, He said:

“Try the other side of the boat.  I tell

you, prophesy that a multitude fed

on two fish is nothing to me.  Vast draughts,

Much later, on the shore, we spied a waft

of smoke and smelt some broiling fish.  He cooked

our breakfast.  We marvelled and ate.

He joined us: a fish out of water; looked

the same, drawing His symbol on the sand.

I dredged my mind to find inspiration

to write about Him, but was barren and

no silver flickerings of creation

took my bait.  Then he blew on smoking coals,

which I kissed.  Their heat took me to my cross,

but not before I’d netted many shoals

of men, small fry and large, for His great cause. 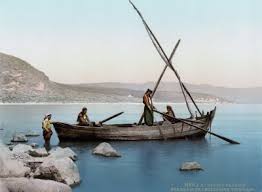