An old one for Andy, the Border Terrier fans.  Incidentally, named

REWARD FOR INFORMATION LEADING TO RETURN OF:

Much beloved and sorely missed pet of the Willoughby family,

Birinus Middle with her son’s flugelhorn, which he’d forgotten to

take with him that morning, when she noticed a puddle in the drive

She unrolled the scroll and read the following:

Hey, missus, have your dog back.  He just peed all over the van and

Look round the back garden.  He’s tied up to that funny metal thing

in the middle of the lawn.

Don’t try to fingerprint this as we always wear gloves.

Brassie was annoyed before the relief kicked in.  That metal thing

was a genuine Philippe Johnson sculpture that they had sourced from

his studio in Sussex!

There he was, looking none the worse for wear and licking her hands

continually while she struggled to unknot the hairy string which

bound him to the artwork.

Oh the relief!  She picked him up and placed him in the back of the

4×4 and put the dog guard in place.  She wasn’t about to let him out

of her sight.  The fatted calf would be slain this evening.  This dog of

theirs that was lost had now been found!

Haven’s pigeon-hole, so that he could tell the boys the good news.

constable.  She had better remove all those notices on High Street

and environs.  Thankfully they had saved on a reward.

Half way down to school, she remembered that she had left the

overdue Latin prep on the hall table.  Drat!  It had taken her an hour

Leaving the flugelhorn in Reception, where it took up an inordinate

personal use-  (to secure an unfranked Xmas card stamp that he

had carefully steamed off, I believe, but no matter..)- Brassie left a

note for the twins’ form master which concluded with the following:

congredi , which, I believe, could be translated thus:

Excuse me, but I’ve got to see a man about a dog. 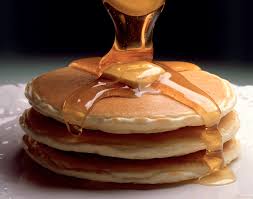 Shrove Tuesday- not just about pancakes, said Diana to herself.  I

need to be shriven.

Sounds painful, commented Drusilla, her daughter who was on sick

leave from St Vitus’ School for The Academically Gifted Girl.  Why don’t you

empty the ash from the woodburner over your head if you feel that guilty?

No, replied her mother. I won’t send Gus a Valentine card to restore our

relationship. That would be cheap.

They’re not that cheap, said Drusilla, who eschewed any

greetings cards over £1 and, in her principled manner, bought all her

commemoratives from Help The Ancient in Suttonford.

No, what I meant is that Shrove Tuesday is confession day and I

actually happened all those years ago.

In Iceland they call it Sprengidagur, her daughter supplied.

What?  Diana tried to allow for the fact that her daughter was off

work on a sick note.

Bursting Day- so don’t be too emotionally explosive, will you?

So, how are you going to go about things?

Avon for coffee. He should get it before half term and then he can

mull things over.  Hopefully carnival comes after the ashes of

remembrance of past sins!

So long as it doesn’t resurrect a corpse, cautioned Drusilla.

Honestly, you’ve got that Richard III car park episode on the brain,

her mother remarked caustically.  What’s this you’ve been reading?

Racy stuff as I remember..

Not consistently, but I grant you he exhumes some distasteful

Well, he writes about what he did on various Shrove Tuesdays over

the years.  He salivates over the fritours that he ate.

Yes, what we call pancakes now….

Augustus Snodbury, like many a male, was consoling himself for past

regrets by imagining his evening meal.  The Staff was allowed to have

Grand Marnier on  Shrove Tuesday pancakes as a favour, instead of a salary

He had been reading Samuel Pepys’ Diary entry for the day, but from

the 1660s, and his mouth watered as he read of Pepys’ leg of veal

and bacon, double capons, sausage and fritters.  He doubted if the

school refectory would step up to the plate, as it were. How he

abhorred that particular Americanism.  Almost as much as I’m good,

thanks. However, he  anticipated something special in the culinary

line.  He could smell enticing odours from the kitchen and followed them 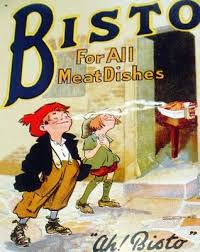 shocked to read of Pepys’ boast that he had-no, it couldn’t be true!

And, Drusilla enlightened her stunned parent, Pepys then went on to

say that in 1669, he violated the corpse of Queen Katherine- you

know, the wife of Henry V.  So, digging up the past is not always a

good thing.  It can leave some people very vulnerable indeed.

Diana hadn’t remembered that part of the Diary.  Maybe she had

read the expurgated version; Bowdler had probably sanitised it, as he

had done with Shakespeare.

Oh, her mummified remains were exhibited in Westminster Abbey

and he planted a kiss on her lips.

Yuck!  How did people react?

This has been seen as Pepys’ desire to communicate physically with

the past, a desire that roots itself in the ambivalent love of the dead.

Maybe I shouldn’t post the letter then?  Diana suddenly thought that

Snodbury’s lips might have become rather dessicated.  Some people

thought that love between those of retirement age, but not of a

Diana put the letter into her handbag.  She hoped that the Pritt stick

Christmas envelope and re-applied to this important missive.  After

all, think of the tragedy that had ensued previously when Gus’ card

had gone astray. Furthermore, she did wish that her daughter would

desist from using these vulgar colloquialisms.  Where did she dig