Yip, raining again and by the afternoon I was about to put on my central heating.  The only deterrent was that I have an old boiler and am afraid that it will conk out and I will  be forced to purchase one of those condensing ones – the type that do not work if the temperature falls below zero.  I know that the old Potterton is 22% less efficient, but then I am too, so I feel an affinity with it.

My car is due for its MOT and my tooth has recently suffered granola damage.  My varifocals require upgrading. I need hydrotherapy at a distant pool owing to over-enthusiasm on a rowing machine, when, carried away by the pre-Olympic spirit, I shot off the back and landed on my coccyx.  I noticed that the rowing team had also had trouble with the seat on their craft.  That is the only similarity in our sporting prowess.

Thinking of the optician reminds me of an eavesdropping that I detected in Help the Ancient.  Some old girl was regaling another old biddy with her ocular history.  Finally she had run out of steam and concluded:  Well, that’s my eyes in a nutshell. I could not help but visualise a modern hagiographic painting of St Lucy, sightless at Specsavers. 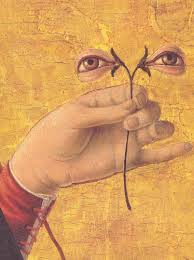 On the news it was reported that poor old Wiggo had had his lycra gear nicked from a hotel in Surrey.  The trouble is that the Police can never hope to follow the multiple lookalike leads who will be whizzing around, kidding themselves that they are super cool. My neighbour had been knocked to the ground last week by one such fantasist, who did not seem to know the rules of the road.  But how could the police hope to follow that lead? They’ll never catch the culprits, especially as cyclists don’t bother about  speed limits, in general.

The thief has probably nicked his spare Velcro sideburns too.  The population of Surrey could cast tacks on the road before any cyclist to hinder the thief’s getaway , but perhaps the gear makes one invincible.  It would be too obvious to put it on eBay, but maybe it is, even now, being sold from the boot of a car at the back of a pub.

What’s your absolute best price on the whole lot?

A hundred quid and I’ll throw in the sideburns.

Eighty and you know where to stick the facial furniture.  You

can get it free in the papers. 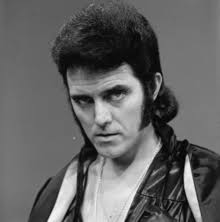