Even the kilo has put on weight, Carrie announced in

Yes, I read that too, I said. The world’s official unit of mass is not an

Did you see how they are going to strip it back to its original weight?

Yes. They are going to give the surface a sun tan by exposing it to

So, we all just need a holiday? laughed Belladonna, who had joined

us for a jasmine tea.

Actually, we could have a kind of holiday once a week and, when the

kids are in after-school clubs, on a Wednesday, we could go out for a

long walk, suggested Carrie.  They don’t need to be picked up till

So, not enjoying our full-body profile, we decided to take some

suggested circular routes that ended and began in hostelries.  These

would provide parking, if you patronised their establishments- and I

The pugs were deemed too short-legged to benefit, so they were left Bella had new Gore-tex boots and a couple of Nordic poles.  Carrie

had a new mobile, in case we had to contact rescue services:

Officer, hi!  We have forgotten where we parked.

Walk round the site of The Battle of Suttonford, 1644.

Refreshments:  The Cavalier Arms; The Gauntlet at Sutton-le-Grange.

Norton Grainger suggested a perambulation which encompassed the

perimeter of the old battle site and which incorporated pleasing

views of the tiny hamlets of Sutton-le-Grange and Dean Sutton.

There was a cosy little pub not mentioned on the guide, at

Suttonfield, which was conveniently situated at about the half way

point, before you had to climb Suttonford Down, but Norton was

keeping that little jewel to himself. The Down was the location of

the mustering of the Parliamentarian troops, just before they swept

down like the Assyrians on the field and routed the Royalists.

As we trekked around the path, I collected a large broken branch,

which would almost fit nicely in my woodburner.

We went over two stiles, traversed a farmer’s fallow field and

crossed the A72B, before circumventing the old battle site.

No, said Carrie, as we entered a cathedral of beech.

No, she said.  They don’t broadcast that programme any more.

I never liked that Tony Robinson, I said.  He gave me the creeps.

What?  Even as Baldrick? said Belladonna.

Especially as Baldrick, I said. 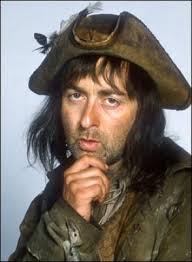 Well that Phil Harding was a flintknapper par excellence,

Okay.  Oil drink to that, I agreed.  Was that a Wiltshire accent he

Oil say it was!  Mind you, added Carrie, even he said that the

programme had been dumbed down and they were all prattin’ about.

Well, I don’t expect that there’s much left here after all those metal

detector types rotovated the field, I said.  You’d have as much chance of finding

anything significant as a Spitfire hunter in Burma. Look! There’s a covey of

And an exaltation of larks, added Bella.

No Parliamentarian owls, though, quipped Carrie.

See that little cottage over there, I indicated by waving my branch, it

has had a For Sale sign on it for 7 years.

No.  It has a plaque above the porch with its name: River Rise

Cottage.  You’d have thought that they would have twigged by now

that anything that mentions water is a no-no.  Kirstie and Phil would

be the first to tell them.

By now the heavy clay had clogged the treads of our boots.  We

stopped to scrape some out with a stick.

What’s that on the ground? Bella asked.  She bent over and picked

something up- a mud-encrusted metal disc.

Let me see, urged Carrie.  Bella, I think you may have struck gold!

wiped the find.  It looked for all the world like a muskateer’s button,

with a loop on the rear.

must show this to Sonia.  You know how she’s always going on about

in Royalist House.  Maybe it came from his shirt.  It’s likely to be from

Club?  said Carrie firmly.  It may be treasure trove.

Hmm..I considered.  It depends on the percentage of precious metal

in it, although it would be about 300 years old, I suppose..

Oh well, here comes our glimpse of sun and sniff of ozone! I laughed.

Just then a partridge whirred up and flew off, pursued by an excitable

with dangling fluorescent pompoms emerged from behind the

I waved my branch.