Tension was running high.  There weren’t many weeks left until the St

was almost falling asleep in the foetid heat of the rehearsal room.

Almost, but not quite.  He was there in his capacity of judge and jury,

of Camelot, but he refused to lower himself to participate in a school

production.  He regarded himself as a semi-pro. He was incredibly proud of his daughter, Drusilla, who had been persuaded

to play her harp in the second half of the evening, when Britten’s Ceremony

of  Carols was to have its run through.  He had also passed on a few useful

tips on breathing to Nigel Milford-Haven, tenor and eponomyous Saint,

whose day job made him a little lower than the angels, as far as his

He had been secretly impressed by Nigel’s practical assistance in

manoeuvering Drusilla’s weighty instrument into the hall.  She had been

surprised at such strength being demonstrated from what some would

term a weedy guy -the type who has sand kicked in his face.  Usually she

preferred a bass, but chivalry seemed to be a tenor characteristic, if not a

assist. They felt they had brains as well as brawn.  But they couldn’t know

how love gave Nigel the power to shift mountains.

Drusilla, being a House Mistress at St Vitus’ School for the Academically-

Gifted Girl, was playing a dual role.  She was accompanying, in both

senses of the word, some of the members of the girl’s choir, who had been

storm in the Journey to Palestine section.  They had to sing, standing in

the upper gallery of the hall, on a pierced wrought iron platform, as if they

were on a boat, but Drusilla had stipulated that they should wear non-

uniform trousers for the evening.  In spite of this modest attire, they still

raised a typhoon of raging emotion in the ranks of the older, pre and mid-

pubescent male voices and nearly made a shipwreck of the session.

splutter, when his attention became riveted by the words of the Nunc

Dimittis, which Mr Geoffrey Poskett, Choirmaster, was conducting so

How very apposite! thought Gus. Those words!  The boys must sing this

at my retirement, in the very near future.  I have been a shepherd; I have

been kind  and courageous: a ‘spendthrift in devotion’.  I have guided boys

through all  kinds of perils, on land and sea…Is that a different hymn?  I

have defended  them from the injustices of cruel men.  I mean, some of

my past colleagues who were quite unreasonable.  Like St Nicolas….Ah!

(Maybe it was a deliberate ploy to gain an exemption from litter-picking?)

parents?– ‘pension fund of parents‘ pouring from a brass, no, a golden

vessel, a libation of something very expensive in the alcohol line, say,

Paradis XO, over his head- minus his Panama, naturally.  In that eventuality,

something less valuable.  A laurel wreath would do. 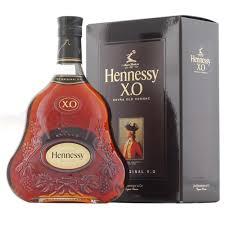 He became lost in this soft focus reverie. Then he had to rush back to mark

some wretched scripts.  He left Nigel to assist with the harp, but noticed

Geoffrey Poskett getting in on the act, much to the tenor’s annoyance.

So, it was disappointing that, the very next day, Snod should have to be

confronting the troublesome John Boothroyd-Smythe, whose family was

experiencing difficulties, as everyone knew.  Still, there was no excuse.  The

bratwurst had behaved reasonably well in the rehearsal the previous

evening, but had disgraced himself in the refectory at lunch, by

commenting audibly, as he expectorated a lump of gristle, that the school

faggots– those culinary delicacies which the dinner ladies had been serving

up for aeons- were probably equine, or the products of the same butcher

that Nicolas, Singing Bishop of Myra/ Lyra?, had condemned for

sausagifying – was that a gerund?- the three pickled boys, Timothy, Mark

Gus refrained from issuing him with the ultimate punishment: suspension

from school, not physically, though there was a very useful flagpole should

the need arise, but he did require the irritating one to write out The Old

Hundredth in musical notation three times, for the following Friday.

down and invite indigestion.  Only the vegetarian options had remained,

sadly. He was so hungry that he almost felt like eating a boy himself, saintly