Apologies, Hugo, for not having written for a while.  It is the end of term

I will send you a transcript and maybe you can subject it to Babelfish.

So sorry that I had to disillusion you as to our kinship, but am glad

that you understand.  Your mother, Berenice, was a great old girl and

such a ‘goer‘! Her sister, Augusta, is very much of a similar cast.  In fact,

The news from Caracas is fairly dire, so we hope that you are safe amid

all the violence and mayhem.  Having cheap petrol is no substitute for a

peaceful existence and, unless one is a boy racer, it can’t

and to have taken a trip to Wyvern Mote with you.  Alas, it is not possible

at this juncture, but perhaps one day, when your political situation has

thawed, calmed and resolved itself into a dew, your dreams can be realised.

I expect that I will not be able to visit The Angel Falls with you any time soon,

though in retirement, it was on my -ghastly phrase!- ‘bucket list’.  I always

empathised and identified with Father Gabriel in The Mission, who could calm

the Guarani by playing his oboe, like a latter day Orpheus.  Sadly, in school,

creating recorder groups.  Believe me.  The natives are very much revolting

and I don’t need to tell you what that is like! We need Robert de Niro types

to come and work some Mendoza magic.  I suppose Teach-it won’t

necessarily attract such heroes, not even for shedloads of golden universally, to our present global woes: The light shines in the darkness

and the darkness does not overcome it.  (I prefer ‘comprehendeth it not’,

but nowadays no one comprehendeth that.  I blame their education.)

Se muy valiente my amigo!  Forgive my Spanglish. Whatever the language,

the sentiment is the same.

Castor and Pollux, the twins, burst into the kitchen where their mother,

Brassica, was arranging some after-school snacks.

Can Andy be trained as our school’s therapet?

Yes, mum- you know, a pet that boys can stroke and pat before their

How does it work? asked Brassie.

Mr Milford-Haven, told us that if pupils talk to a therapet, it can calm

their nerves before an exam.

Yeah, you still have to revise, though, admitted Castor.

Pollux jumped in: It releases endolphins.

Whatever, said Pollux, without thinking.  His mother had banned that

particular word.  Now he would have to pay a fine of ten pence.

Castor took up the thread: There is a dog called Audrey, up north, who

helps children with their reading. It is an Italian Spinone.

Yes, said Pollux, and there is one called Holly, the collie.  Sometimes they

their teeth, or to be groomed.

I thought grooming was a bad thing that strangers do to you, said Castor.

No, that kind is okay, isn’t it , Mum? Pollux looked to his mother for The thing is, boys, Andy is rather excitable.  He is a bright and bouncy Border,

but I wouldn’t say that he was particularly calming.

Brassie thought about his, frankly delinquent behaviour.  She couldn’t see him

in a role as canine ambassador for deportment and emotional stability.

Anyway, boys, she added, some children are allergic to dogs, so they might

Nowadays, litigation was an omnipresent threat.

Oh, faltered the twins. What about goldfish?  We could take Jaws in.

They knew how much of a nuisance he was.  There was always an argument

about whose turn it was to clean out his bowl. Hey, Jaws, listen to my poem- the one I have to recite in front of the class

next week. Castor placed the bowl on the kitchen worktop, but Jaws seemed

Andy jumped over the restrictive toddler stairgate and frantically licked both

Down, boy! Pollux commanded.  Andy ignored him.  He knocked over the

Oh Andy! shouted Brassie, scooping Jaws up as best she could.  She did not

feel calm at all.

Castor began to recite his poem: I wandered lonely as a clod..

Andy was sitting up, totally mesmerised and completely calm.

That floats on high.. Castor continued.

Well, look at that, said Brassie, amazed at the effect that Wordworth’s

emotion recollected in tranquillity was having on their anarchic pet.

she had bought for them from Costamuchamoulah. Orpheus had tamed brute beasts through music, so maybe metrical

regularity was having the same effect on her wild animal.

Never mind the children being tranquillised, there was something

classes. If she patented the technique, she might make a fortune and

could subsidise the school fees.  Wait till she demonstrated the effect to

But, where was Jaws? 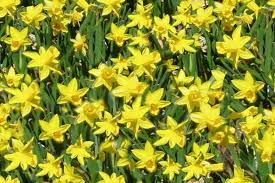