years ago, people were not ‘out’ when they were out, if you see

You used to see them at art galleries, I replied.  That was the

place where I first became aware of men being ‘together.’  I suppose

a lot of us were naive then.  I once went to a Private View…

…and wrote a poem about it, no doubt, laughed Brassie.

And here it is: 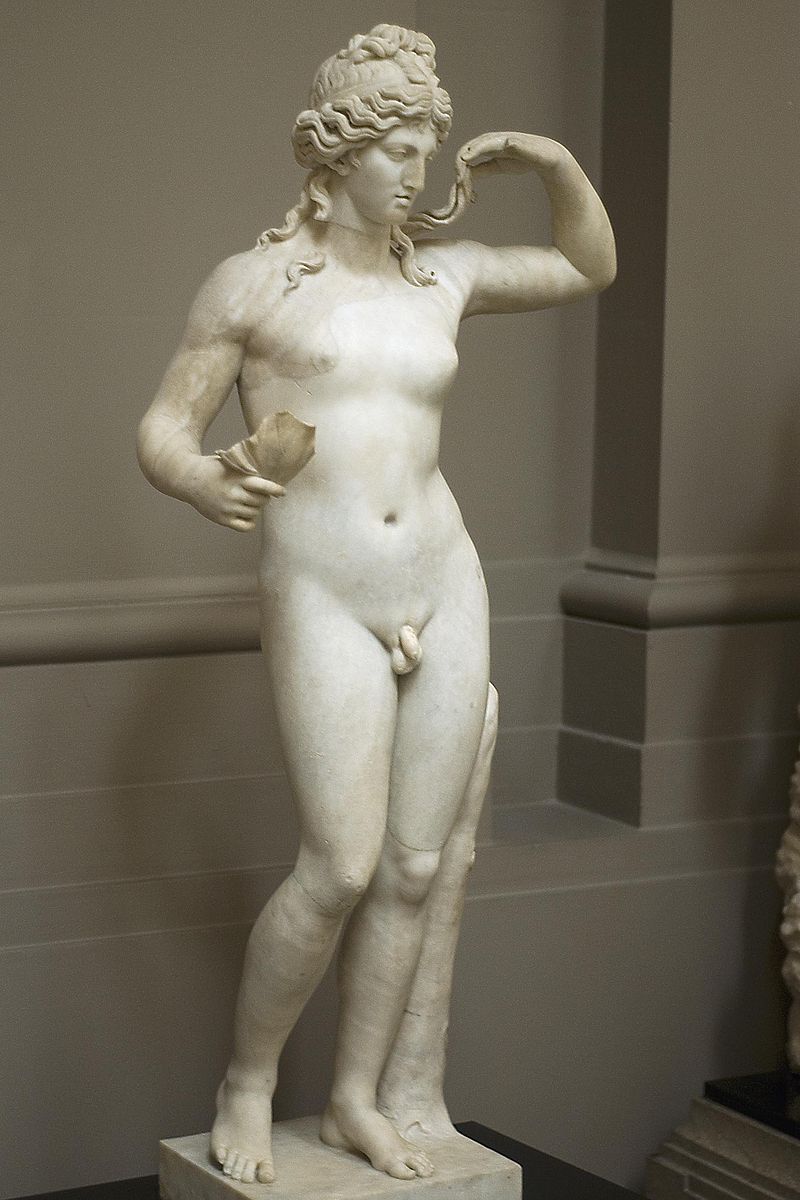 sharing an Exhibition Guide, as Friends.

Some linger by Simeon Solomon’s

of shivering Cupids, with detachment;

look puzzled at an enigmatic Sphinx.

They pause before the liminal figures.

Politely, they wait for me to step back

so they can see Sidonia von Burk,

with her snake-knotted overdress and filet;

by Beardsley is received rather limply.

They almost link hands before Lamia,

while my heterosexual girl friend

in the labelling.  Pluto, not Neptune,

you fools.  And who is Gabriel Fabre?

Decadent afternoon over, we walk

The escalators do not tolerate

Rosencrantz and Guildenstern: everyone must

enter the turnstile with their own ticket.

Curiously, the ear-rings have vanished.

Diana, I said to myself, you must keep up your diary, even if you

are out of your own house and staying with someone else.

So, Dear Readers, here I am again.

tell me the latest news.  Sonia, curious as ever, kindly invited her to

stay for a couple of days, rather than having to return to the school

Poor Gus, as Acting Head, had to go back to St Birinus’ Middle, a few

days before the start of the next half term, the reason being that the

lower corridor, which has shelving where staff collect prep and return

it, was awash in about a foot of flood water.

dream!  The staff can easily predict grades and so on.  I know I used to take a

instantly. I was rarely far off the mark.  Nowadays it is even easier: everyone

gets an A*, or the teacher’s name is mud.  Any child who receives an ‘A‘

probably has had parental involvement, so it serves them right!

Anyway, St Vitus’ is on higher ground- topographically, and in their own

sociological estimation, so Dru will have no option but to go in at the

weekend and make inroads on the academic slush pile, or is it guilt pile?

Sonia thought Dru’s account of her sleuthing in Snodland was

information gleaned thus far.  The poor old boy has some kind of Alzheimer’s.

relationship to Gus- after all, she only knew of his existence through Berenice,

her sister and all of that is water under a very ancient bridge.

other week was neither here, nor there.  Well, he was there, but not in any

meaningful way, let’s confess.  It was a case of mistaken identity. At

some subliminal level, however, he recognised the family features.

Gus would like to explore Revelly’s missing years from the 1950s.  He now

after the house and estate was gifted to The National Trust.  Revelly came to

Snodland Nursing Home for the Debased Gentry directly from there, according to

What Gus would like to unearth is whether his father married, or whether he

had any other children.  At present, Hugo de Sousa, Gus’ Venezuelan half-

brother is a sufficient revelation!

Wyvern Mote.  We are going over to see the old girl for snifterinos later this

Sonia believes that it is all written in the stars, but we just have to uncover

the facts on Wikipaedia.

My darling daughter is so thoughtful.  She brought me a lovely bowl of grape

hyacinths from the garden shop at Wyvern.  Ginevra is going to be given a pot

of crocuses and, when Sonia was given her bunch of spring flowers, she made

both of us LOL by thanking Dru for the necrophilia.  She said it brings the other

flowers to life in a vase.  (She meant gypsophila, but apparently had confused

that term with an aversion to the creation of travellers’ sites!)  Not in her back