Murgatroyd could have screamed, Infamy!  Infamy!  Someone’s had it in for

me!  Instead he muttered, Entropy!  Entropy!

He had always been a glass half empty kind of guy.  He had concluded

that the Earth and planets in general tended towards a state of disorder.

That was why he was such a control freak.  Single-handedly he

attempted mastery of the Universe.  That had been the main issue

between himself and Diana when they had been man and wife.

encourage his concentration on the total absence of the glass itself, and

not just half its contents.

Of course, it wasn’t a glass that was missing, but the very chalice from

which Bonnie Prince Charlie had received his final communion before he

ventured over the Scottish/ English border. grandson had something to do with its disappearance.  After all, had the

the kitchen for a day or so?  The explanation had been that he was going

‘humph it around’ till then.

associated with Lee Hall, to wit: that a pedlar had once persuaded servants

in their master’s absence, to store a ‘lang pack‘, as a compromise, in

the kitchen, since they refused to shelter him and it was too heavy to

transport further.  He promised to collect it in the morning.

At nightfall, the servants retired and a man emerged from the parcel

and unbarred the door, blew on a silver whistle and admitted some

thieves who had been waiting for the signal.

feeling as smug as someone who had just won at Cluedo, without cheating. Drusilla underscored her point, namely that Juniper, though an enfant

terrible, was perfectly honest and, if she had borrowed the aforementioned

object for a piece of conceptual art, would have replaced it before she left.

to Glasgow School of Art, and, as her House-mistress, could vouch for her

honesty and probity of character.

In fact, she avowed, at times she is too honest.

As for Juniper’s father, Maxwell,  Dru had been talking to him throughout the

interval, so she knew that he had not been wandering through the house.

He had been flattering her, but joked about the interval being ‘the best bit.’

concert, but that he was particularly relishing their little tete-a-tete.

half.  He thought Maxwell was the smarmiest man he had had the misfortune

to encounter and was desirous of breaking up their little love-in.

Well, as you’ve said, mused Snod, Mrs Connolly was doing her impression of

Mrs Overall in Acorn Antiques, handing round haggis canapes and so on.

She would have noticed any of the audience wandering about.  The portaloos

were in the courtyard and the signage was clear, so no one should have been

in here.  They had no business to stray.

Sonia added: And I am sure that the chalice was in its niche when we went

to bed. Remember- you were showing it to us when we had the punch from the

monteith?  She addressed this to Murgatroyd who was fiddling with his

cravat in a distracted fashion.  Then you put it away and we all went

upstairs. Mind you, I had a feeling that something was going to happen.

I could have sworn that something cold touched my face.

have known about things after the event.  But any thief would have taken the

monteith.  It would have seemed more blatantly valuable than the chalice.

barmkin, balancing herself on a stick with a horn handle.  She eased herself

onto a high-backed, tartan-upholstered wing armchair.

Why are you all looking so serious? she demanded. It was a lovely concert,

though I didn’t hear much of it.  Now I can die happy.

Don’t worry, darling, soothed Dru.  There might have been a little robbery,

but no one has been hurt.  You didn’t hear anything, did you?  She

immediately realised how silly that question had been.

I thought I heard some bagpipes in the early hours, Aunt Augusta said

thoughtfully. When I got up to visit the commode, I thought someone

pushed me, but it was only that grey lady –

-the one I spoke to on the stairs on the way up to bed.  I asked her if she

and left it on the bedside table.  She didn’t even say goodnight when I

thanked her. Not a word. Left it on the bedside table, she did.

Chevet, darling, groaned Murgatroyd.  It’s a chevet.  He could only hope

that the old dear hadn’t used the Japanese lacquer commode, which was

purely decorative and had cost him a king’s ransom in a London auction.

Well, whatever it’s called.  She brought that little goblet thing to me and jolly

useful it was too. I hope my Steradent hasn’t tarnished the silver. 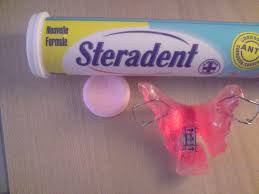 And she took the missing chalice out of her capacious handbag, with a

Somebody take this from me, she ordered.  I can’t reach to put it back.

And she grinned- very pleased with herself- but was totally unaware

that she had forgotten to replace her dentures.

Oh, Aunt Augusta! they all cried.

If only their collective intelligence had been harnessed, they might have

explored more possibilities and might have overcome the entropy that

no bad thing in the future.

Meanwhile, who was going to accompany Aunt Augusta in the taxi, all the

way to Snodland?  She couldn’t possibly travel on her own, though she

had miraculously arrived safely on the northward journey.

Drusilla knew that the lot would fall on her.  Oh joy!

Nigel would have to drive the hired van back on his own.  It

must be admitted that he had his uses, even if he had a tendency to

come in too early.