Murgatroyd peered from behind the crewel worked arras, like a tetchy

Polonius.  No matter that he had found the reproduction fabric on Ebay,

chanter and play it, if he possessed such an instrument.  He only hoped

that the presenter would not appear at the concert with a camera crew,

and the verbal equivalent of a poniard, in the shape of a character in a

Revenge Tragedy, avenging  the contravention of ‘Good Taste‘ in interior

design.  But, unless Kev had been in the area and read one of the local efficient as those in The Commonwealth Games, minus the daft

choreography and the neon costumes.

Time was getting on and no one had turned up, except for Sonia and

Diana.  Only five tickets had been sold to date.

Och, dinna fash yersel’, soothed his cleaner.  They’ll a’ troop in at the

in case they shuffle off their mortal coil afore the night.  They’ll buy their

tickets on the door.

I do so hope you’re right, replied the Master of Ceremonies.

Away and sit doon, man.  Yer makin’ me nervous.  I’ll lead them in.

job masel’.  Hey, did ye see the Manx team?  They should ha’ got

Yes, Mrs Dalloway, I mean Connolly.  You carry on.  Murgatroyd

Actually, things had gone rather well in the afternoon.  He had insisted

Diana had had their ‘little chat‘, without acrimony, during a tour of his

With a re-adjustment of the sleeping arrangements, space had been

found to accommodate them.  Nigel and Dru and Snod and Virginia

had not been sharing anyway, so Diana and Sonia were to join Dru, who

belonged to her grandson, who was now fifty.  He didn’t think it would

set off his latex allergy.

This left Snod in splendid isolation, which was his preferred option;

Virginia was also ‘toute seule.’  She did not intend to imitate The Grey Lady

and wander around at night.  There were far too many creaky floorboards.

She commented that Nigel looked amazing in his kilt.  He wasn’t quite sure

if this was a compliment, but decided to accept it as such.

A snifter to settle those nerves? Murgatroyd offered Nigel.

No, thank you, replied our songster.  It can wreak havoc with the vocal

chords.  He gabbled from jittery nerves.

Sir, when I was browsing in your library this afternoon, I came across a

fascinating tome on heraldry.  It mentioned all sorts of names, such as

Ah, yes.  That was the kind of source Ian Fleming used to come up with

mottoes such as ‘Nonsufficit Orbis’ for James Bond.

Virginia’s eyes misted over.  There was only one James Bond for me..

Sean Connery, agreed Sonia.  Born not too far from here, in

No, Pierce Brosnan, corrected Virginia.  It was the naval Nigel continued, unabashed: It confirmed what we discussed about

Scottish baronetcies and the female line.  It also said that The Lord

Lyon only governs on matters heraldic and could not enforce any

objection to you- here he nodded towards Snod, respectfully–

wearing the azure chapeau for formal occasions connected with the

kicks: one from Virginia’s stiletto and another from his daughter’s heel.

Sir, Nigel turned to a sceptical Snod, as heir to an ancient baronial family

who is no longer the owner of the estate, one is still permitted these

privileges.  You could settle for a pennon..

…a small swallow-tailed flag.  Or  a feudal steel tilting helm, garnished in

Pull the other one, Milford-Haven.  It is campaned.

In heraldic terms, it has bells on it! But now I am becoming affronted,

snorted Gus.  As Samuel Johnson said, and I paraphrase, ‘Just because

someone can do something, it doesn’t follow that they should.’

Murgatroyd chipped in:  Oh yes.  I like the good doctor’s quote about

female preachers and dogs walking on hind legs.  Most apposite.

And now we have women bishops, groaned Snod.  What is the world

coming to?  Tell you what, old boy- here he addressed Murgatroyd-

conversation.  Like Esau, I’m prepared to sell my inheritance for a mess

of porridge at breakfast tomorrow morning.

Be a good boy now, added Virginia, and I will buy you a spurtle.  And,

by the way, it was pottage.  A quite different thing.  Lentils, I believe.

It was Dru’s turn to be outraged, but she hid it well.  Diana was simply

toast to The King Over the Water- and I don’t mean Wee Eck.

Oh yes, said Dru.  I read that Salmond has lost two stones and

a bystander told him that women would be hitting onto him.

Not in a flattering way, surely? sniped Sonia.

Mrs Connolly, the cleaner had been right.  The canny audience had

bought their tickets on the door.

Break a leg, said Sonia before descending the staircase.  Hopefully,

Nigel and Dru exchanged glances and did their deep breathing in

They would be summoned from The (makeshift) Green Room. 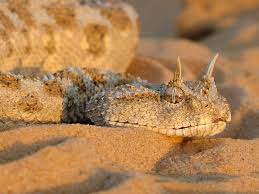 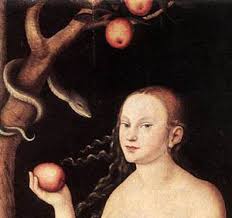