No, Andy!  Down! I brushed him off before his muddy paws could

Oh, brilliant, smiled Brassica.  I’ve been looking all over the field for

that.  It fell off Andy’s collar earlier this afternoon and it has our

details and all the information about his medication and allergies on

it.  We love the Chien en Psychoanalyse range of canine jewellery

it to Andy for Xmas, via Magda. She promptly clipped it back onto

Although somewhat stunned, Carrie said sincerely: It’s great that you

got him back.  She told me later that inwardly she had been trying to

Mont St Michel and a small bottle of Calvados.   She supposed that

Ola thought the pugs tended to wear their diamante collars

It isn’t gold then? I asked.

All that glisters isn’t, she laughed.

And Andy wagged his tail and walked to heel because he

remembered that the landlady surreptitiously fed him little mustard-

of even sniffing such treasures, owing to his alleged allergy.

And as for weight loss- well, the girls were going to have a little

nibble too, as they were ravenous and needed a reward after their 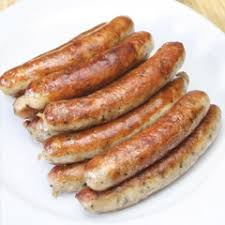