Castor and Pollux rushed in from school and abandoned their

rucksacks on the hall floor, just where they were guaranteed to trip

up their father when he came in from the garden.

Cosmo entered on cue and narrowly missed the obstructions.

Is someone trying to make a re-run of Home Alone? he joked.

What?  Brassica swivelled round from emptying the dishwasher.  It

had been a relaxing afternoon, as she hadn’t been on the school run.

Calm down, dears, said their father in his David Cameron/ Michael

Winner parody.  He knew that this irritated Brassie, who thought it a

Well, we have just heard that they’re looking for a middle-aged

practically.  You and Mum could make space history. You’d only be

Or maybe 501, qualified Castor, ever the punctilious one. Anyway,

Aliona or Magda could keep an eye on us.  We’ll be driving by then,

so we could transport ourselves to Sixth Form College.

Steady on, old chaps, cautioned Cosmo.  Not so fast.  He looked Brassie appeared horrified.  She placed their mugs of hot chocolate down

on the kitchen table and refused to take all the sci-fi nonsense seriously.

been instantly convinced that there was absolutely zero chance of any

couple being able to stand each other for that length of time.

astral shed, also known as the observatory, after 500 seconds of

interaction. She’d read about Biosphere 2, a sealed ecosystem where

people had been cooped up together for 2 years in 1991, in a kind of

self-styled New Age Paradise. And where there is an Eden,

there is always a Fall from Grace, she thought.

Cosmo held his hand up to stem the torrent of excitement.

Listen, guys, he said, we would be subjected to a massive degree of

radiation.  Your mother is frazzled enough.

Brassie added: I wouldn’t want to return, looking like a deep-fried

scoffing them in a single bite.

You could imagine the lack of hygiene and weird toilet arrangements,

Oh, they provide you with 28kg of toilet paper, which should be

Too bad about Day 501! sniggered Pollux.

We had it all worked out, said Castor.  Dragon and Falcon Heavy

Systems of Space X could have provided us with a Carebot P 37 S65.

Carebot?  Brassie wondered if this was some sort of lavatorial

Cosmo said, Yes, I’ve heard of those.  They can be programmed to

look after people.  They can answer questions, do your prep and

even tell you a joke.  They provide meaningful interaction to

Good! Let’s get one then, said Brassie.  Living in a household of

uncommunicative males makes me a prime candidate for being in

Castor leapt in:  We could get one for Ginevra and it could remind her

when her next gin and tonic is due.

I don’t think that is necessary, replied their mother.

They recognise faces too, volunteered Pollux.

Which is more than I can, admitted Cosmo.  I saw that masseuse

She probably didn’t have her full maquillage on, bitched Brassie.

Nice idea anyway, boys, said Cosmo, ruffling their hair as he made his

exit to the garden pathway leading to his astral cave.

Yip, thought Brassie: Men are from Mars and Women are from

Venus, right enough.  By 2018 my two will probably wonder what

planet their parents live on anyway. 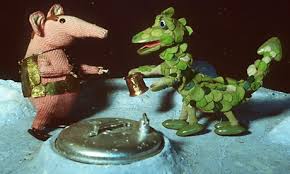 For now she would be Soup Dragon to her family of Clangers.  And if

she restricted their viewing time on the computer screen, it was only

to save them from too much radiation.  Or that was what she told

them, in any case.

If there was to be a future generation, she felt that she had to look

after their little gonads.  Thank goodness she sourced that salt crystal

lamp the other day!  It was supposed to protect the home office from all sorts

of nasties.  Now to dispose of the microwave… 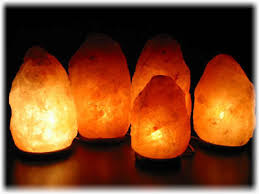 After Juniper had tricked her mother with a complaint about Shakespeare’s plays and their unsuitable content- see A Book By Its Covers, previous post- I remembered that I had had similar thoughts after reading King Lear.  What if Gloucester had telephoned for help on the cliff top?  Here is a poem I wrote when contemplating alternative strategies that he might have adopted:

Hello…Samaritans.  My name is Mike.

Would you like to tell me yours…or just talk?

Gloucester?  Well, Glos., are you suicidal?

Beaten up?  Red hot pokers in your eyes?

That must have been rather painful for you.

Someone has rubbed egg whites in the sockets?

Homeopathy can work for some folk,

but promise me you will see your GP.

You stumbled when you saw.  Very poignant.

The only person you can change is you.

The fact you have a friend waiting outside

and helped you with the digital buttons

must prove that you are an OK person.

Easy to get lost.  The mist comes down fast.

He intended to lead you to Dover?

here because of famine, no precedent

needs to be established.  Projection’s bad.

I’m sorry, I didn’t mean to say that.

are the norm.  Some end up working for us.

Have you read “The Road Less Travelled”? Scott Peck.

“Further Along the Road” is good as well.

You are not responsible for your son.

Hey, illegitimacy is all right.

You feel that you’ve misjudged your other son?

Go to Center Parcs and bond one weekend.

You didn’t get on with your wife? Pity.

has quite recently been a best seller.

Yes, it should have been a semi-colon,

but Shakespeare got his apostrophes wrong,

so, we mustn’t judge others too harshly

and we must be tolerant of ourselves.

But you say your son mocks astrology;

had he been born under Virgo’s aspect,

he feels he would still have been a bastard.

(Should that have been a colon, I wonder?)

Everyone’s entitled to their own view:

certainly we would never express ours.

But, we can help you to clarify yours.

Bastards can have a nice side to them too.

Do you feel any better now we’ve talked?

There’s a pub behind you called “The Beachy Head.”

Go and speak to some samphire gatherers.

There’s always someone worse off than yourself.

Look at all the fingernails left on the cliffs.

Yours are still attached Oh, sorry, they’re not.

come the morning.  You could take a short break. 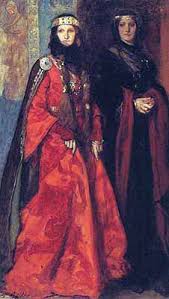 You’ve gone off the idea of Cornwall?

You’re afraid of Goneril and Regan?

Look, the clinics are quite anonymous.

Have it checked out.  It may only be thrush.

We are always there, day and night.  Call again