Augustus Snodbury rose to his feet in the Recreation Room of

Snodland Nursing Home for the Debased Gentry.  He was about

to deliver the meconium, nay encomium to his ‘Aunt’ Augusta.

Her commital was over and everyone had gathered for the

‘bun fight’, or, to clarify the matter, the sausage rolls and cups

two porkers, but it had not seemed appropriate for him to slay

The Emperor, since, before the re-sexing of the animal had

taken place, it had been named after the venerable lady herself.

end of life report at the crematorium, as the coffins had been

Thankfully he and Dru were still on half term.  The old girl had

been remarkably considerate in her timing of clog popping.  The

mourners really only amounted to two: Drusilla and his good

Berenice, Augusta’s younger sister had pre-deceased her and

was buried in Venezuela, leaving a son, Hugo de Sousa, who

unfortunately was not in a position to leave the country.

That meant that it was only themselves and the staff and

residents of the home who had to be counted for catering

Gus had rehearsed and re-composed his tribute over and over

as Dru drove down to Kent.  He thought he would write an

introduction, followed by the development of a thesis and

antithetical redress, in the manner of a discursive essay.

Perhaps he could throw in a couple of anecdotes- the episode

of her involvement in the missing Bonnie Prince Charlie chalice;

some wartime Land Girl reminiscences; some of her pithier

comments and so on?  Then he should sum everything up and

make an evaluation of her life.  Simples, as that annoying

No, that sounded pompous.  Who did he think he was- the

of the essence.  Quintessence, even.

He thought about the woman behind the mask of nonagenarian

vulnerability.  They had been asked to instal a surveillance

camera in her room, after she had made accusations about

She should be so lucky! was the only comment from a lady in

the adjoining room, when she had been interviewed as a

The cameras had shown evidence of shocking abuse, albeit

only of a verbal nature.  They could never have believed that Aunt

Augusta was capable of such bullying behaviour to a young carer, 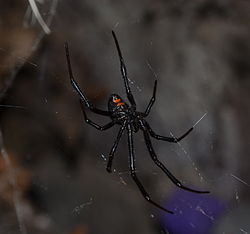 His ‘aunt’ reminded him of a Black Widow Spider; a Venus Flytrap…

something female and venomous.  That was the antithesis.

The thesis was that she had supervised his education and been

in loco parentis, when his supposed mother, her sister Berenice,

with Lady Wivern: to wit that she, Berenice, should state that

the child was hers, the product of a liaison with Anthony Revelly.

This was a credible version of events, as Berenice had had a fling

Aurelia, Lady W, had commenced their affair thereafter.  Although Lady

W was a widow, and technically a free agent, she did not want to

complicate matters for her two legitimate sons, Lionel and Peregrine.

Therefore, a deal had been struck. A monetary one.

School, at a very tender and impressionable age, by his ‘Aunt’

Had she latterly discerned that he had discovered the truth?

Maybe he should expatiate and wax philosophical about alternative

narratives?  Why shouldn’t he present varying outlines?  After all,

John Fowles had done so at the end of his novel, The French

Lieutenant’s Woman. (Gus blushed as he recalled how he had really

fancied Meryl Streep.  He used to go down to Lyme Regis and hang

about The Cobb, until one blustery day, he had nearly been swept

out to sea.  That had taught him the valuable distinction between

Yes, he could construct an Existentialist Sliding Doors type of

scenario.  Like that boy, Pi, from the eponymous Life of, he could

persuade the inmates to choose whatever biographical version they

preferred.  How very Post-Modern!  He hadn’t seen himself in that

I mean, he mused,  am I Augustus Snodbury, the bona fide nephew

of the deceased? Or am I -say–a ‘Richard Parker’-type of clerical error?

Certainly, I am not using my real name.  What constitutes identity?

As Yann Martel said: ‘I live in a society of ‘unpalatable realities, but

realities I prefer to face.’  So, maybe I should face them down now.

After he had uttered the bombshell that Augusta was not actually

his aunt, but that Revelly was his father, Matron’s jaw dropped at

the revelation.  She had only recently taken delivery of Revelly’s

mantelpiece in her office, along with other unclaimed remains of

Gus concluded: I make no apologies for quoting Martel a final

time- ‘Life is a story…You can choose YOUR story.’

of a synthesis.  (He was pleased at this Hegelian transition.)

Unfortunately no one else noticed the logic of his coda, as

they were mostly asleep, except for one old chap who was

hoovering up the remaindered sausage rolls that Gus had

C’est la vie, was all that Dru could comment.  He thought that

was a trifle unsympathetic.  But ‘trifle’: yes, Matron did put some

of the leftover pudding into a Tupperware bowl for him.

It would be strange not to be coming back to Kent.

They went out to the car park, carrying two clinking bags

containing bottles of Dewlap Gin for the Discerning Grandmother.

Both were filled with empties.  They would have to find a bottle

bank en route to the motorway. 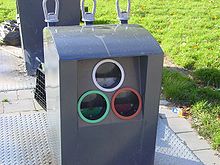 Did I do her justice? Snod asked as Dru pulled out of the

grounds.  He wiped a greasy palm on his best suit

trousers. I missed out all the stuff about when she

was Hamish Diecast’s Muse on that island in The Inner

Hebrides.  Did I dwell overly on her failings?

Let the enigma be.  Perhaps all our lives are illusory.

We could all have been otherwise. All that remains of

us is love, Dru replied.  I think you conveyed that

sentiment.  Let them choose the better story and…

For Pete’s sake, don’t eat trifle in my car!  She braked

suddenly, on seeing a re- cycling bank, and the custard

landed in his lap.

He could hear Aunt Augusta cackling: Serves you right!