Drusilla had practised folding and unfolding the collapsible wheelchair

Augusta was strapped into the front seat of Dru’s tiny car.  Gus had elected

to drive, so Dru was relegated to being squashed in the back of her own

At least the weather was dry for once.

Dru met her father’s eyes in the mirror. We’re going to see the aconites

with your little cassock, carrying the candle in the school service,

No, I was an acolyte, corrected Gus.  Quite different.

You had the grace to hold yourself/

While those around you crawled..

It was going to be a long day.

Parking at Wyvern Mote was difficult because of all the mud. Dru

The wheelchair tyres were coated with filth.  It would have to be her car

they were using! (She had just had it valeted by the girls in her boarding

house in aid of their favourite charity: Anacondas in Adversity!)

Gus managed to purchase a ‘Family‘ discounted entry ticket, but he was

peeved as, in the past, he had marched into the grounds with his

mother, before the estate had been handed over to The National Trust.

There had  been no turnstile then.

Aunt Augusta wasn’t terribly interested in the fiery dogwood, nor the

stinking hellebores.  She was cold and so they made for the tearoom.

I’ll have a glass of champagne and some Lemon Drizzle cake, she

announced.  I always have those at this time of day.

What about lunch? queried Dru.

Hotpot.  Gus had wanted faggots, followed by Spotted Dick, but he had

to make do with Hotpot as well.

Frankly, my dears, Dru didn’t care what she had.  She was dying to take

her turn of being let off the hook, so that she could wander up to the

Portrait Gallery, in order to check out any family resemblances.

Gus said he would wait with Aunt Augusta.  He had had his solo fifteen

Dru examined every portrait intently, but could see no familial similarities at 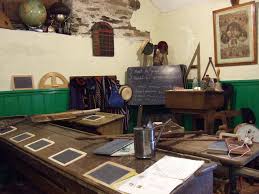 Disappointed, she followed the arrows which led her back to the tearoom

via the servants’ staircase and kitchen.  A door was ajar and she peeked

in.  It was the old schoolroom.  On the wall, there was a sepia photograph

of the two boys who had lived there in 1946.  The label informed her that

pale, rather sickly-looking younger one was Master Peregrine.  Alongside

them, leaning rather louchely against his desk was their tutor.  No!  It couldn’t

be!  He was the spitting youthful image of that demented old boy who had

invaded Augusta’s bed the other night.  The label said:…with their tutor

How could she not have noticed?  He had the same jowly features as herself

She took out her phone and..

No flash photography! reprimanded a voice from a chair in the corner.  Dru

thought that she had activated some kind of waxwork.  Maybe the wizened

woman was Madame Tussaud herself!

But it was too late.  She had already taken the photo and, if the volunteer

masochism, then that was her own lookout.

By Jove! Dru whooped as she made her way into the tearoom. I think I’ve got

The rain in Spain falls mainly on the plain, sang Augusta.

Time to take her back and then have a consultation!

Are we going home? Augusta demanded.

In a manner of speaking, replied Dru.  I’ll drive! 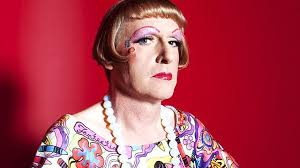