(British Museum: Lovers in an Upstairs Room by Utamaro)

such as marriage proposals,

can be quite ruined

by an inopportune sneeze.

by shouting, Bless you!

Then everyone looks around,

into his paper Kleenex

and changes his mind.

You tell yourself that you

would have said, No, anyway.

such as marriage proposals,

can be quite ruined

by an inopportune sneeze.

believe a lie is signalled

and are wont to say, Bless you!

Those who may lack confidence

They often change the subject

and abandon the issue.

(well, he is dyslexic: Editor)

Okay, Mum is going ballistic.  No one has a sense of humour

nowadays.  I only tied my old mobile to the pipes in the boys’

bogs for a laugh.  Mrs Fisher-Gyles should have recognised my

voice.  My Middle East accent isn’t that good and I said,’Dash‘,

So now I am suspended- not literally, from the flagpole, but as

Snod wants to see me before Mum has to collect me, but the old

fart has flu.  Apparently it is the first time he has been off since

Rorke’s Drift, or something. 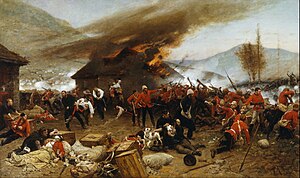 to memorise Latin verb tables, which could prove handy for

How should I know?  I haven’t lived long enough to work it out.

Except, there was something weirdly familiar when I went up

to have my interrogation with Old Snod.  I mean, we had just

the whole episode was a bit of a re-run of Chapter 2, when

Holden goes to call on his old History teacher who has the grippe,

collar in a headlock manoeuvre.

The minute I knocked on his door, I wanted to leave.

He barked: Come in boy! and started to cough.

Snod was propped up on some old sofa, with his horrible white feet

with their yellow soles, right in my line of vision.

I mean, in some cultures it is rude to show the soles of your feet.

I wondered if I should tell him, but he just scowled: Sit Down! and

If I catch this lurgy I am going to get my parents to sue the school,

but technically I might not be a pupil at the moment.  It depends when

the suspension- or, is it expulsion?- dates from.

I had to move a box of Kleenex off a stool before I could sit down.  There

was no hand sanitiser around, and I was getting worried, as I probably

distant youth.  Bubonic plague and stuff.  Lot of it about in Natal back

I couldn’t take my eyes off the monogram, logo thing on his manky old

towelling dressing gown.  Sad!  It was the school crest.  It must have been

a thousand years since any of that nightwear shit was regulation uniform.

He probably nicked it from Lost Property a millennium ago.

So, you finally got the axe?  was all he said.

I was a bit taken aback, as I was sure this was a re-enactment of the

Holden interview- and I don’t mean Amanda.  I mean, he has probably

never heard of her.  Even Dad hasn’t. 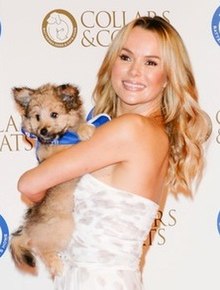 I’m talking to you, boy!

What was your game?

Snod trumpeted into a Kleenex and examined the effluent.  Gross!

(Mental note: Avoid shaking hands with him at the termination of the

basket, demonstrating his famed skills as a bowler, which I personally

‘Extras’ –off his bed thingy and onto the floor.

And what exactly is your aim in life, boy?

I looked rather blank.

slightest attempt to learn any of the conjugation tables.  Amavi…he

So you’re not quite as stupid as you look, he said.

I don’t think they’re allowed to say things like that now, but I took

it as I kinda respect the old buffer.  He tells it like it is.

Fetch me your mock paper!  It’s on the davenport.

I didn’t have a clue what a davenport was, so I just followed

Bloody h… He had looked out all my past papers, since

Thirty eight percent.  What was going through that brain of yours?

I couldn’t help it, sir.  It was all the drawings.  They distracted me.

What drawings?  Do you mean the illustrations in your textbook?

Yes, sir.  I learn visually. I really liked that drawing of the retired

guy who left his plough and came back to govern after he’d retired.

I can imagine you doing that, sir.  I thought a bit of flattery might

distract him.  I continued to gabble:  And I liked the guy who put

his hand in the fire and kept it there.  And all those guys who put baby

Stoics, boy!  And it wouldn’t harm you to develop some discipline.

He always goes on about that when it’s his turn to take Assembly.

that, even if you have a shitty time, it is good for you- ultimately.

a t-shirt logo and I think they represent a cornucopia.  See, I’m not

that bad at vocab.

Guys still put ferrets down their trousers, I ventured.

Nothing to do with it!  he snorted.  What I am saying is that even

when philosophers did apparently stupid things, they had some

methodology to their behaviour.

Madness, I interrupted.  Method in their madness.

He looked as if he was going to explode, but it was maybe just his

No.  I am wondering why you never seem to have any rationale to

your acts of random folly.

I didn’t know if this was a declarative or an interrogative.  I wondered

Never heard of it.  Foreskin, maybe.  Hoped this wasn’t going to

become a sex talk about pubes and shit like that.

That was only because they didn’t have the technology, sir.

I thought he’d be pleased that I was aware of anachronism.  That

was another thing we learned in English recently.

He swallowed one Paracetamol after another, in rapid succession.

failure, but I reckoned his liver was probably on its way out anyway.

Do you think we all enjoy seeing you fail?

The army.  That’s where you’d do well. Knock the insubordination

out of you.  Might be the making of you.  I’ll suggest the cadets to

your mother.  Bomb disposal.  Hmmm.  You might enjoy that.  You

certainly have a nerve, if not the nerve for it.

I think the old boy still has the intuition in Career Advice.  He’s

not too wide of the mark.  I hope Mum agrees.  Dad will be pleased

that someone has an idea of what to do with me.

And it can’t be more dangerous than being in a stuffy room,

breathing in the same fug as a viral schoolmaster.

I stood up and forgot to avoid shaking his hand.  Yuck. Where’s the

nearest sanitiser?  But at least I had my revenge by touching the whole

banister and every door handle on the way down.  Biological warfare.