Haunt of the Mitford Family.  A Cotswold cornucopia. 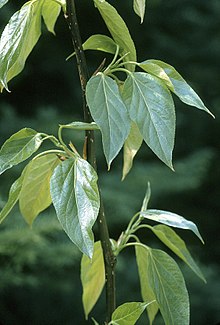 Love the phrase:  ‘Who going through the Valley of Baka maketh

it a well,’ from Psalm 84.  It relates to King David fighting the

Philistines in the Rephaim Valley.

I also liked the translation: ‘Valley of Breakthrough.’

There is more detail in 1 Chronicles, chapter 14, where

a previous victory is described.  David employs a different

military strategy on the second occasion.

Blessed is the man whose lamentation

is overcome by digging for a well-

even in desert peregrination.

and the Philistines could no longer quell

and grasshoppers routed the infidel:

from balsam trees and the sussuration

of their leaves.  The wind, on this occasion,

convinced those warrior giants by some spell,

or by an auditory sensation

that reinforcements, an augmentation

of David’s troops would bring a living hell.

Blessed is that man, whose lamentation I never saw myself as a ewe lamb-

a description more apt to Aethelflaed,

or ‘White Duck‘ as she was precisely known.

Not for me metaphor’s limitations.

I was once bound to the king’s betrayer.

A lie had thrown his Master off the scent.

It was reported that I was quite drab.

But the concupiscent wolfhound tracked me down.

Royal eyes didn’t have wool pulled over them.

I’d braided my hair by the burnished gleam

of my husband’s targe. I blinked at the king

and felt Edgar undress me with his gaze;

appraise me as a type of Bathsheba.

And when the king rode down from Cranbourne Chase,

Aethelwold met him in Harewood Forest,

to be stalked as ruthlessly as any prey,

his screams masked by the baying of the pack.

I’d willed that he should turn into a stag.

And maybe now he rides with The Wild Hunt.

It’s said their hooves don’t even touch the ground.

Aethelwold was the phantom in our bed.

He nevermore trusted his advisors,

nor pious priests who would pointedly preach

about Uriah, Nathan and David.

Prophets really know how to rub it in.

Sometimes I watch a deer drink from a pond.

I hear its groan and see it torn by hounds.

Is it the hubristic Actaeon and

who loved his own reflection, will I look

into this stream and see my nemesis?

I cannot be The Goddess of Light for

she would not beat her son with a candle.

who flinches before a taper and whines

for the company of his step-brother.

If I felt constrained at Wherwell years ago,

when I was wedded to my first husband,

I can tell you it was nothing like this:

an Abbess in a penitentiary.

I wish that I could morph into a hind

and flit through the forest with Aethelwold,

as fleet of foot as Artemis herself,

If only I’d seen the wood for the trees.