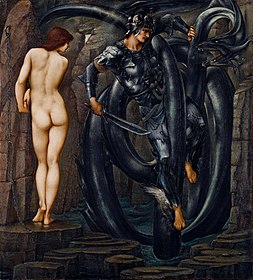 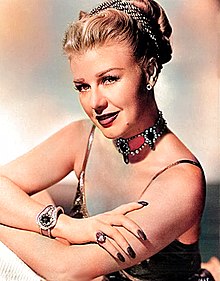 the formula is played out now.  I mean, where’s the glamour?  It

seems to be all about sex.

Hmm, I know.  I used to love the ballroom dancing programmes in

the Fifties- dresses with tulle, wired underskirts and women with

slashes of smiling scarlet lippie.  At least, I suppose it was scarlet,

since the programmes were all in black and white!

Did you go to dance classes?

Ballet- for about six weeks.

Why did you stop?

‘cos my granny bought me black ballet pumps, instead of pink,

Didn’t your father have his own band?

Yes.  He had a quintet. He played the drums and my uncle played

the piano.  My mum and dad met at the ‘dancing’.

Pity you didn’t stick at it.

I loved dancing at home, with my grandfather.  Here!

Not another one of your… 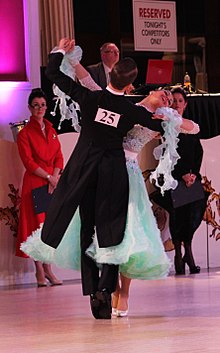 with me balancing on his feet, dreaming

I was Ginger Rogers.  He’d teach me words

idiom-proof, I’d stare outside the door.

Hand in hand, we’d go to the park bandstand,

to listen to the pomp of brass.  Adore?-

I worshipped him, with his tobacco tin

full of small change.  He never short-changed me.

At my command, he’d show his shrapnelled shin;

to make me gasp.  I’d taste his pipe sometimes,

although I retched.  He’d draw around my hand

and taught me all the tables, nursery rhymes.

He waltzed into the sunset and I stand

on my own feet, but find I cannot dance

in step with others, with such elegance.