Yes, everything was inflammatory.

My father blamed my sensibility;

said my symptoms were imaginary.

My mother sighed at my debility,

but did not want to show complicity.

Works as hard as his affliction allows –

my teacher flagged my disability.

or powdered fumigation for its lust.

Caffeine and a mist of belladonna

coquettes and those almond-eyed madonnas

one pursued, with breathless dedication.

its scent of lime blossom, wafting to me,

unlocking sense of selfhood, combined with

My anxiety about maternal

separation was supposed to have led

to an unconscious conflict of desires –

steamed from me at sanatoriums;

sucked from me at those pristine Alpine spas.

I found it a dreaded master, but a

faithful servant.  There’s no insulation from

a germ-laden world in cork-lined chambers.

I tried to avoid contamination.

to a mad, unreasoning octopus.

Its souffle coup punctuated my prose.

Each virgule was an expectoration.

I wrote eight hundred words in one sentence,

though I disliked the declamatory.

Nothing was going to constrict my flow –

each clause a vesicle to be expelled.

morphing into my imaginal state

and the tabacs sold me Cigares de Joy,

my stramonium fix for each attack.

One hopes to have been an inspiration,

even for a thirty five second play,

based on the brief interval we call Life,

between vagitus and the death rattle. 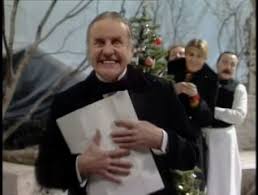