town charities, to see if he would accept the role of Father Christmas at the

late night shopping evening.  They had asked Harry Styles from One Direction

to be compere, but regrettably he was otherwise engaged.  Clammie had

of the few mums who could pneumatically squeeze into the Tinkerbelle

More grotty than grotto! her rather unkind daughter had remarked.  I

this Christmas, or any other year, even though they have been known to

go for the older woman!

her mother had planned to buy her.

with applications to Greenland’s Fulfilment Centre.  He had to read them in

As one who is a member of the ‘kids from one to ninety two’ bracket,

may I register a little festive plea?

As a long term fan of The Beach Boys, I would very much like an

Aloha shirt- Medium size. Actually, the folks over there can be

quite large, so maybe a ‘Small’ would do?

In spite of my nickname- Caligula- I can assure you that

Why am I falling into the Gallic medium? me Ginger Minger? I do hope that Rudolph has recovered from the

mental trauma of being called names and marginalised at games.

Bullying isn’t nice, I can tell you.  I’m glad that you picked him out to

be special, even though his fur is a teeny bit auburn.  It sends out

We will leave a carrot out, as Mum doesn’t believe in suet, so mince pies

would do for my stocking.  You usually get it about right, but I think The

that to Ming?  I can’t remember.  Maybe it was the year before?

I have been reasonably well-behaved this term.  Well, it is all

In all probability, I think I would like Richard Dawkins’ new book

for children- Faith and Fairy Tales.

I enjoyed my Apocalyptic experience on Salisbury Plain, but as

I was done out of a paint balling session, could Juniper- my sister

and I- have vouchers for a Red Letter Day involving anything

violent with tanks and weapons? 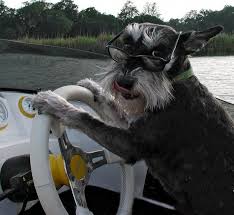 I don’t need anything this year.  Please just make a donation to Curs

in Crisis. Maybe the pugs could go on a driving course, like that giant

Schnautzer cross I saw online?  Their legs are a little short, though.

I’ll leave it up to you.  I think they’d like it, though, as they often ride

on my scooter, but their Highway Code isn’t up to much.

(Such selflessness brought tears to Tristram and Clammie’s eyes.)

festive correspondence and warmed up a mince pie for him.

However, she eschewed one herself, as the fairy costume was a

little tight round the bust.  Tinkerbelle had obviously not  been a