I bumped into girlfriend’s husband, Tristram, this morning in Divas’ Deli. He

was looking a whiter shade of pale, or one of those infamous shades of grey,

but I can’t remember which one of the fifty. I told him that I was looking

forward to their fireworks party, but he looked somewhat glum and then

must-have forever house on High Street, in tow with Phil and Kirstie. 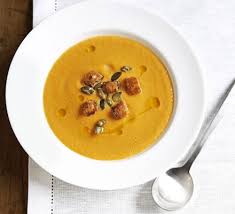 everyone, to warm them up at the party, but now I can’t use up the leftover

lanterns, as curry is a sore point with Clammie.  It’s my speciality too.

Why? I asked. Does Clammie not approve of pumpkins?  I’m sure they are

(Apparently Clammie and Tristram been gazumped by the proprietor of Benares

not the best time of year for house-hunting.

You’re wrong there, he contradicted me.  Now she’s gone and downloaded Kirstie

and Phil’s House Hunter app on her iPhone.  She’s got it into her head that we

need to find a property like Meadowgate, only more twee.

Oh, that cottage that Kirstie re-furbished on her renovation programme. 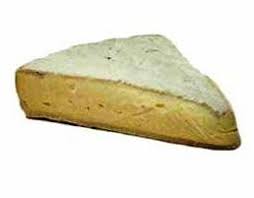 Stratfield Saye Estate. Come to think of it, Clammie will be after a house like that

next.  Upcycling and upward mobility: two of her many obsessions.

Tristram must be telepathic:

Yes, her latest obsession is to upcycle everything, so she spends half the week

hanging around the dechetterie- I mean, re-cycling centre, looking for anything

that she can transform.  She’s taking on all the latest jargon- ‘property regeneration’

etc.. And I’m being trailed up to Kensington Church Street to look for some bird’s eye

I’ll have to think of an alternative recipe for the party.  He looked really stressed.

I’m surprised at the craft interest, I said.  Clammie has never been known to sew

on a button, let alone create a Roman blind.

Oh, she just has the ideas and lets someone else actualise them, he said.

No, Clammie wanted to make Roman candles for the party, but I drew the line at

home-made pyrotechnics.  She did supervise the boys making a very realistic guy,

Dress Down Friday at work.

He suddenly perked up: Actually, I suppose the party will be a lot easier, socially-

speaking, as Brassie has now been convinced that Cosmo is not having an affair

How did that come about? I was all ears.

Carrie phoned Clammie on her tablet and said that we needn’t erect the gazebo, or

invite Sonia to read the Tarot cards to warn Cosmo and Magda off each other. Sonia,

being nosy, had got the wrong end of the stick and Brassica had jumped to

conclusions- the wrong ones.  She has seen sense.

Good! One less thing to worry about, I assured him.  I’ll phone Brassica later and

get the low down.

Don’t say that I said anything.  He looked worried.

Of course not.  Do you want me to bring anything on Saturday?

Well, if I can do anything..

There is one thing, he volunteered.

Have you any ideas for Christmas prezzies for Clammie’s stocking?

Stockings!  No, tell you what..Kirstie was raving on her official website about

ancient Italian lady of 108, whose family have owned a shop for more than 400

years.    Bet Clammie’d love one for her new kitchen, when she gets it.

Are you serious?  He was aghast.  You’d think at that ripe old age they’d let the

poor old dear sit back in the sun and drink her pension away.

Yes, I don’t see Ginevra doing too much in the way of fancy work, I added. And,

as for Sonia, she only embroiders facts!

Must phone Brassie when I get home!  Oops forgot to buy cheese.