location to the caffeine pilgrim, ie/ that it was right behind her, the

woman was gazing fixedly into her Blackberry and was only half listening.

She clearly distrusted any information unless she could verify it from

Okay, darling.  Love ya, she called off.

corner for a couple of lattes and a natter.

What’s up? I asked her.  You look a bit stressed.

Oh, it’s just that I’ve been worried about the pugs lately.  We seem

to leave them alone for ages at a time.

But your au pair, Magda, is around, isn’t she?

Not really.  Now that the kids have gone back to school, Magda

is more and more occupied round at Gyles’ mother’s.

But they have each other for company, surely?  I tried to appear

Yes, I suppose so, but Brassie was saying that when the boys

went back, Andy, the Border, was going ballistic being home alone.

He chewed Cosmo’s Christmas present from Castor- an astronomy

He’s always been difficult, I pointed out.  Alpha male and all that.

Hmm..maybe the dog is mimicking his behaviour.

I meant the dog, silly!

Oh.  Anyway, Brassie told me that she’s been watching a programme

got up to when their owners are out.  They’re psychologically disturbed

and have separation anxiety.

The owners? I was trying to be funny.

Both, I suppose.  It’s mutual.  Well, Brassie has enrolled Andy in a kind

of doggy creche where he receives stimulation and activities.

I bet he likes milk and biscuit time the best, I laughed, but sobered up

when I considered whether owners would receive tax breaks or

vouchers from the government.  She must have more money than

I suppose you won’t approve of me either. Carrie looked somewhat

Why?  What have you done?

going to mount it on the kitchen wall and, using the mobile app, I will

be able to see the pugs, even when I’m out and about.

I don’t believe this!

Candia!  Please!  I’m going to record a message and then I can speak

to them.  There’s even a sensor which means that they can call me.

Right, I remonstrated.  So, what you’re saying is that when you’re

having a conversation with me, your dog or dogs can interrupt and can

children or friends, who just cut in on your quality time with a real

Not with your fellow humans, I insisted.  I mean, whatever next?!

24/7 and encourages dog playfulness.  It reduces the need for stress

In whom?  I bet that there will be a dogfight when the twins come home

if Andy has the remote.  Or will they all watch The Hound of the Baskervilles

together?  Or maybe repeats of Dogtanian, sheepdog trials, Deputy Dawg

cartoons, or A Hundred and One Dalmations?

We heard a mobile phone ring.  The woman whom Carrie had shown in

Maybe that’s why she’s on her own, I speculated.  This is a genuine case

of the dog wagging the tail, and not the converse.  Personally, I think 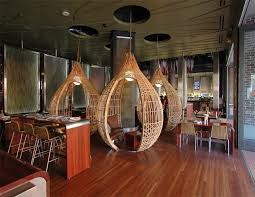 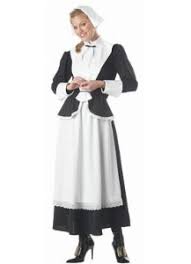