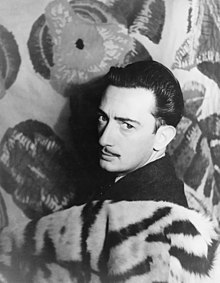 Maria Pilar Abel Martinez claims that you got pally

with her mother at Port Ligat.

The DNA sample should sort out that.

(Manchester Arena: Image by Pitt-yacker at

The company is even called ‘Nail It.‘

(Man United usually does just that.)

Their people are frank and they don’t quibble

over distinctions between flange and jam.

At weddings there’s no ‘dockyard confetti‘

and shrapnel is small change in a pocket.

They know their hardware inside out and don’t

excuse idiots who have a screw loose.

They expect ‘Salman’ to mean a ‘blessing’:

that’s what the etymology suggests.

But they can differentiate as well –

‘Dangerous Woman‘ is just a concert

and not a female suicide bomber.

When someone with internal fixation

and tensioned beyond proof starts to behave

in a counterclockwise manner, they know

that it’s not about connection, coupling,

But they had no time to crack

a nut who suddenly raised his own head;

someone whose helical rage respected

no one else’s DNA – who spiralled –

not in a blaze of glory, but in shards

‘Human being‘ needs a modifier.

We need to qualify with retronyms:

for we no longer know what is ‘human‘-

neither do straight-forward Mancunians.

Yet their gimlet eyes saw glimmers of it

in the selflessness of those who helped them.

Last night Professor Alice Roberts was shown at Glasgow University, announcing that she was going to look into the skeleton of one of our ancestors.  Some bones showed evidence of cannibalism and, it was agreed among the experts that these creatures supported themselves by stabbing other, larger animals.

Neanderthals have survived in a way, as our ancestors must have bred with them.  In the north of Europe we share 2-4% of our DNA with them.

The skeleton which Roberts was reconstructing evidenced a male, 5’6”, bow-legged, 40-50 years old, with asymmetrically developed arms.  He had ground his teeth down to the gums, but, it was argued, these prototypes had culture and produced artwork- eg/ the red dots painted on a cave wall 41,000 years ago.  They could express themselves, but with limited vowels. Therefore their ability to produce language as such is still debated.  Diseases which afflicted them included heart disease and lung cancer.

So why are we saying that the species is extinct? 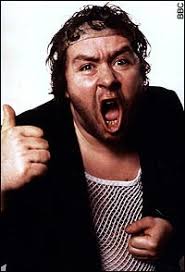