grindings of the bean at Costamuchamoulah cafe, with the barely

suppressed motivation of revealing  the wonders of her daughter,

I was about to say, Don’t tell me- she got a full set of A*s, before stifling

a yawn, when I thought better of it.  Oh, the wisdom of increasing age.

She and Tiger-Lily got straight A*s, you know, beamed the proud parent.

How did that awful girl, Juniper do?

This was the wrong enquiry.

Oh.  Actually I bumped into her mother- Gisela, I think she said her name

was.  She told me that the school had received a letter from the Exam Board

What was so special about it? I asked, between mouthfuls of cookie crumbs.

Apparently she knitted a royal baby, complete with crown and cradle, but

used black wool to subvert expectations.  She photographed it yarn-bombed

to the memorial in The Mall.  She had crotcheted a complete Royal family and

had attached a sign to her installation which said:  Race, Gender, Religion:

No Bar To Succession.

It’s  a wonder she didn’t get arrested, I said. No, it seems to have been very well received by The Suttonford Chronicle,

as her photo is on the front page.  She’s had an unconditional offer from The

What’s happening with Carrie and Gyles?

Oh, they are still away.  Alyona didn’t go with them.  She decided to go

over to Normandy to see Ola and Jean-Paul, to help with their new baby,

Is it only a year since the twinning trip with Bric-a-Brac? I was aghast at how

When are Brassie and Cosmo back?

Oh, they returned yesterday and had to go to the kennels straight away.

The twins missed Andy so much.  Apparently he has been a real pain and was

hyper-excited when he was reunited with them.  He sank his teeth into all the

French cheeses they had brought back from the hypermarket.

Plus ca change, I muttered. Brassie said the boys had bumped into one of their teachers in the Loire.

with a woman in the Gardens of Love at Villandray.  They said Bonjour to

him, but he just blanked them.

Well, I tried to make some sort of defence, Teachers are surely entitled to

some degree of privacy in their holidays. I wonder which master it was,

I cogitated.  It wouldn’t have been that grumpy old Mr Snodbury?  I had

heard so many tales of his curmudgeonly behaviour from Castor, Pollux and

I think that was the name, actually, she replied, beginning to lose interest.

They said they recognised his domed head.  He stupidly wasn’t wearing a hat

and his head was pretty sunburnt.  There was another woman with them who

looked incredibly like him, as if he was in drag.

Maybe it was Alastair Sim, I laughed.  You know, maybe Snod has a

sister.  Anyway, it was hardly likely to be a menage a trois, was it?

Hopefully not, she said. That really would gross anyone out! 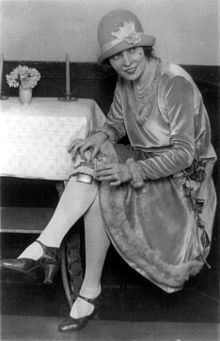