Archaeologists looking for the grave of Richard III have said that there is strong circumstantial evidence that may support the view that the skeleton discovered under a Leicester car park is indeed the crook-backed monarch.

now.. our brows [are] bound with victorious wreaths.

A succinct précis of the last few weeks.

Like The Duke – and I don’t mean David Dickinson – I am not shaped for sportive tricks – at least not nowadays, but I have enjoyed the athletic spectacles as you know, dear reader.

The Duke – let’s just call him Cameron – immediately confronts Clarence – let’s just call him Osborne – and asks him why he has an armed guard.  His addressee says he is being taken to the Tower because his name is George.  Cameron tells him that he should blame his godfathers for that nomenclature. (He doesn’t mean the Mafia.)  At this point I just wondered why Osborne didn’t revert to Gideon, his alternative appellation.

If he was a wine he would be Malmsey, but that is by the by.

In this country we don’t need a wizard to tell us that our children will be disinherited by someone whose forename begins with G.  There is no Gordian knot of a riddle to unpick: we have a choice of at least two and the aural hint of the other scapegoat is in the metaphor.  I hope I speak no treason.

Clegg’s Oration to his Army:

What shall I say more than I inferred?

Remember who you are to cope withal,

(I never meant that I should term them so)

A scum of Britains and base lackey peasants…[sic]

And who doth lead them but a paltry fellow?

A milksop – man or mouse?

The best laid plans of mice and coalitions

An’ forward tho’ I canna see

I guess an’ fear.

We will unite both parties – wait and see.

Smile Heaven upon this fair conjunction.

All this divided Clegg and Cameron.

May their politic heirs enrich the time to come

And let there be an end to strife.  We pardon

All traitors in The Wars of the Rose Garden.

Cry God for Harry in his naked glory,

For George and all who henceforth will vote Tory. 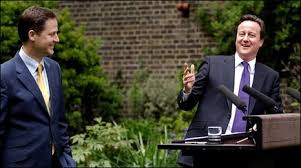 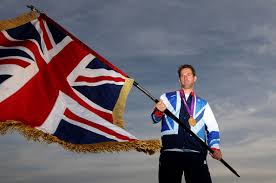