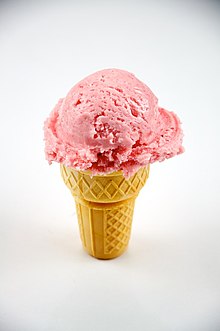 The guys hadn’t returned and so the wedding preparation discussions

Ice cream bike, or not?

Virginia had suggested the latter, but Diana mixed up the tricycle concept

with a chocolate teapot.

Won’t it melt? she asked.

No, it is a bike with a fridge thingy attached to it and people can have…

Neither Virginia nor Diana had heard of these delicacies, but Mrs C

laughed and explained that they were cones, with or without the addition

Aye, they always remind me of a Stanley Baxter joke about a young lad going

Mrs C, do remember that we are trying to be ladylike, reprimanded

Diana, who had noticed that Virginia did not really approve of such

Changing the subject, Virginia broke in, where did you get married Mrs C?

Oh, St Cuthbert’s,  Lindisfarne, the housekeeper replied.  That was a long,

What made you choose that church?  Diana asked.  Mind you, it must have

Och weel, there was a line fae Burns that Ah learnt at school and it has aye

thinkin’ that he could tether me, so Ah suggested a wild, unpredictable place,

The causeway? Virginia was puzzled as she was not au fait with the

coastal geography of the region, never having been a fan of Neil Oliver.

She also had difficulty with the idea of a tethered Mrs C. It was not an

image she chose to reflect on for long.

Weel, better that than onything physical developin’, fur Ah thocht that if

he put a foot wrong in the crossing, he’d be swept aff tae sea and he widnae

Mmm, Virginia pondered the fact that Mrs C was definitely a ‘sink or

And did he ever put a foot wrong- then- or subsequently? Diana dared

Nae mair questions the day, Mrs C replied and went off to fill the

teapot, which was very definitely not made of chocolate.