Some archival material which, I think, deserves a second airing!

There was an amateur Antiques Roadshow in Suttonford’s Community Centre on Saturday afternoon, on behalf of the charity, Curs in Crisis.  The organisers had asked local auctioneer, Hubert Wormhole, to give of his expertise and they charged £5 per valuation.  The queues snaked out into North Street, but thankfully it wasn’t raining.

Ginevra Brewer-Mead had donated a quirky, mystery object as a prize.  It was to raise fifty pence a guess as to its identity and use.  The winner would be allowed to keep it.  It was all good fun.

Ginevra had bought the ugly thing many years before, at a jumble sale.  It usually resided on her mantelpiece and her carer, Magda, had encouraged her to get rid of it, as it freaked her out.  (Magda was becoming more and more proficient in her utilisation of Slanglish.)

People were laughing as they wondered aloud which of their friends and neighbours most resembled the figure with the over-sized head.  Pollux nudged his twin and whispered: Caligula!  They both sniggered, but their mother, Brassica, reproved them and said that it was rude to make comments about their teacher.

Hubert had set up a table with Basic / Better/ Best cardboard signs, which was an idea that he had stolen from the real BBC show.  Three examples of Moorcroft pottery stood behind the labels.

Again, people were invited to pay fifty pence to guess the relative worthiness of the three items and, if they were correct, they were given a delicious cluster of Rocky Road from a Tesco bucket.

Brassica’s twins had been issued with their pocket money that morning, and, miraculously, still had some left.

Castor walked over to the table with the hideous figure and realised that he had seen it before, at Ginevra’s house, when he had been visiting with his mother.  He had been fascinated by it and had looked up similar objects online.  He knew that such figures dated from the Pre-Moai period, when Easter Island had been afforested.  A similar object had sold at Sotheby’s in the eighties for £100,000.

He was hopping up and down with suppressed excitement when he asked the woman on the stall, who happened to be Sonia, if he could borrow a pen.

Then he concealed his writing with his arm crooked, as he was wont to do in school tests, so that John, his partner on the double desk, would not copy his answers.  He wrote very carefully:

He appended his father’s mobile number.  Thankfully he was more numerate than literate, so there was a chance of the adjudicator being able to contact him.

He posted his entry in the cardboard box.  Sonia said, I think you might be a lucky boy.

Pollux usually did the Arts subject preps and he did the Maths and Science ones.  Between themselves, they did quite well.  However, on this occasion, he did not collaborate with his twin, nor did he inform him of his entry. Some people were becoming annoyed as they had guessed the Moorcroft conundrum correctly, owing to an over-exposure of such ceramic art on Flog-It!  They thought that they should have won the best object of the three, but even the Rocky Road was unavailable, as it had been consumed by little boys with light fingers and sweet tooths, no, teeth.  And, in particular, by twins who had been feeding their Border Terrier who lay under the table, with the chocolate and marshmallow moreish morsels.

These small-minded adults had paid and guessed in vain and they were very disgruntled and said that charities should put humans before canines. They expressed other sentiments in terms which little boys should not have overheard. 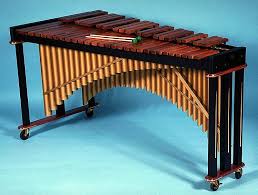 Brassie was in her kitchen/diner, cooking supper and the twins had been finishing their flugelhorn and marimba practice next door.  She called them to the table.

But, mum, we’re not hungry, they complained.

That’s because you stuffed yourselves with Rocky Road, she lectured.  You know I don’t allow sugar treats and now you can see why.  All this lovely wholesome Quorn is going to go to waste.

The twins simultaneously eyed their Border.   They felt sure that he would oblige in any hoovering up operation to do with leftovers, even though he had consumed a fair amount of the sweet clusters himself.

Darling!  She shouted up the garden in the direction of the observatory.  Supper’s ready.

Cosmo was already coming down the path, fiddling with his Blackberry.

Castor, he said, it’s Mr Wormhole from the roadshow this afternoon.  He says there has been a terrible mistake.

I know, dad.  They didn’t pick up on the Polynesian figure.

What? said Brassie. (The phone always rang at mealtimes).  I’ll take it.   She held the mobile up to her ear with one hand while she stirred the unappetising looking Quorn mish-mash.  Easter Island?  Rare?  Pre-Moy, what?

A similar figure went for an absolute fortune at a London sale of Tribal Art in the Seventies, said Hubert, suddenly very authoritative.  Naturally, Mrs Brewer-Mead had no idea what she had donated.  Even I wasn’t certain until I went home and referred to my Miller Guides.

But Castor guessed correctly, she insisted, amazed at her son’s vast store of knowledge filched from http://www.geekologie.com etc.

What’s all this about? asked Cosmo, confused as ever.

He says that Castor can’t have his prize as he spelled the answer incorrectly.  He’s offering him the best piece of Moorcroft instead, Brassie stage-whispered, holding her hand over the Blackberry.

We’ll see about that, said Cosmo masterfully.  He won it fairly and squarely, as far as I can make out.

No, they’ve had a lawyer on to it already and Ginevra seems to be within her rights to withdraw the prize and to offer a substitute.  Brassie was frantically trying to remember where she had seen the advertisement for No Win/ No Fee legal services. Mr Wormhole thinks that Mrs Brewer-Mead, I mean Ginevra, has already appropriated it, as it was not on the table at the end of the afternoon.

Mr Wormhole rang off, saying that they could discuss things further on Monday.

Now do you see the importance of spelling, you careless boy? snapped Brassie.

Castor’s lip trembled, but he rallied: My teacher says that you can still get an A* so long as she and the examiner people can make out what it is you are trying to say.

Well, now you know that that is a load of rubbish in the real world, stressed Brassie.  I’ll have to have a word with Ginevra on Monday about the EU and Children’s Rights and breach of promise.

Pollux tried to draw the blame onto himself-and succeeded; his father had more experience and kept a low profile.

I’d have known how to spell the answer, he piped up.

Oh, shut up, Smart-Alec, they all said.

Pollux crept over to the Border’s basket to stroke his little, furry friend and as a tear plopped onto the dog’s wiry head, it looked up quizzically, and, as it did so, it gagged.

After a tussle, he forced open its jaws and a carved splinter of something very Moai-like shot out across the kitchen flagstones.

Andy, the Border, had evidently carried the figure home in his mouth and had been worrying at it throughout their music practice and Brassie’s meal preparation. 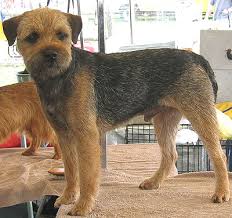 They all agreed to say nothing and to accept the Moorcroft gracefully.  However, Brassie could feel the discomfort on the back burners of her conscience.  She felt that it was the kind of dilemma that The Moral Maze would like to have grappled with on Radio 4 and she felt that they would not emerge smelling of roses.  She wished that Castor had never seen the wretched thing.  It must have emitted some evil power, as she could see how destructive its forces would have been in her family and community.

Think of all the Dewlap Gins I could have bought, said Ginevra, wistfully.

It freaked me out, replied Magda, her carer.  You only lost 20 pence effectively.  But you still have your friends.

Let’s drink to that, agreed Ginevra.  Bottoms up!

And Magda understood the expression, as her English and Slanglish was coming on.