I do hope that warden hasn’t written us a ticket, sighed Dru,

after they had called the AA.

He wouldn’t have been able to, if he was still carrying the

remains of the urn, Gus pointed out.  And I doubt he’d be able

to remember the numberplate.

plus or minus two items, unless you treat each item as a file

for further storage, but recall is affected by the length of delay.

I can’t remember who said that, but we did it at Teacher

Training college.  I’ve forgotten most of what we supposedly

Just as well we weren’t in Boudicca, Gus remarked.  (He didn’t

want to stray onto the topic of teacher training, since he hadn’t

had any.  He had learned all he knew in the field- usually the

Yeah, your personalised numberplate is pretty memorable, but

it draws too much attention to itself…and to your somewhat

erratic driving, if you don’t mind me saying.

He did.  She’d said it nevertheless. from being Deputy Head.  I treasure it.

Hmm, well, I don’t suppose anyone else was fighting over

SNO D1 in those Auto magazines… I shouldn’t have driven

on that tyre.  I’ll probably have ruined the wheel.  Oh,

where is that AA guy, or person?!  I should have said

that I was a vulnerable woman with an elderly father…

…and an infinitesimal percentage of a recently deceased

to show up from Outer Space.  Or maybe since the US military

are jumpy at the moment, they have switched off the satellite

There was something on the news about astronauts laying

position can be traced to an area within 15 metres. The system

was developed so they could hit a target with a ballistic missile.

However, just because these gadgets can tell you where you are,

it doesn’t mean that you know where you are going.  Intelligence

comes into it too.

He started to hum, I know where I’m going and I know who’s

going with me, rather annoyingly.

Do you think people in the AA are intelligent?  Dru wondered.

The person who took the call had never heard of this lane, though

I kept saying that we were just off the A228.  Without an

Ordnance Survey reference they didn’t seem to be able to cope.

A thought suddenly came to her.  What if the military scrambles

the signal to confuse Putin’s jets as they fly over our coast?

there is another Cold War.

Gus looked at his watch.  It was getting late.  He regretted

having eaten the trifle earlier.  And what he would have given

for one of those sausage rolls. 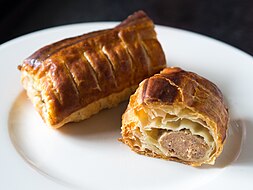 Wretched, greedy old codger who demolished more than his

He wasn’t referring to himself, but, as is usual in

these ethical matters, it was a case of the pot calling

the kettle black.  Snod’s blind spot was not reserved to

any vehicle that he drove, but was a personal feature-

one which Alan Bennett had only commented on recently,

as a national characteristic. 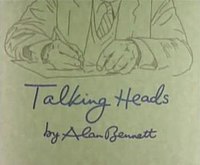 Treasure to nominate ‘hypocrisy‘ as being one of a list of

fifty things the English do well.  Maybe if the Beeb had

given Bennett a couple of nice sausage rolls before the

interview, he’d have been kinder and less crotchety.

After all, his dad had been a butcher, so he probably

retained a penchant for them. Cutbacks are responsible

for a lot of negativity, especially in the elderly…

But mercifully a yellow van homed in on them.  Maybe that

new Galileo system had kicked in.

That’ll show those Ruskies, he thought.  What we excel in is

A long-legged blonde in uniform emerged from the van,

So, what is problem? she said, huskily.  I’ve driven practically

to Vladivostock to find you. Diana was late in her production of the Christmas puds.  Somehow

Stir-Up Sunday which had reminded her.  Guilt set in as she did not

hooted at by some ghastly woman in a 4×4.  Diana was worried that a

rear light was not working on the car.  Then she wondered if her tyre

was punctured.  She kept driving along the country roads, looking for

somewhere to turn off, so that she could check on the problem.

She looked in her mirror.  An angry, snarling face scowled over the

driving wheel of the vehicle behind her.  Then the harpy overtook

her. Amazingly, the wannabe Boudicca didn’t have knives protruding

from her wheels.  The number plate was not local.

observing the speed limit.  Charming!  How aggressive people were

see a poster in the window, announcing that it was Black Friday and

some lines had a 20% discount.

that there were orange stickers on the raisins, currants, mixed peel and

so on.  Three for the price of two-good!

Hmmm, I could do with three packets of mixed fruit, she mused.  Oh, must

stock up on glace cherries and ground almonds..

But there were no more packets of ground almonds.  There was only one

packet of flaked aforementioneds.  And there were only two packets

collect: Excita, quaesumus...or, for the ‘plebs’ (oops, got to be careful with

that appellation now.  Three million pounds is a lot of money!)  Which

being interpreted was:  Stir up, we beseech thee, O Lord, the wills of thy

faithful people; that they, plenteously bringing forth the fruit of good works,

may of thee be plenteously rewarded.  Inwardly, however, she was still

fuming and, even more so, when she spotted the woman in front of

her in the queue at the check-out.  Her laden basket contained most

of the packets of baking ingredients that Diana had been seeking.

The face looked familiar, but its expression was now that of

basket by the till.  As she reached out to add one to her basket, the

wretched woman had the same idea and they both locked horns

over the same bottle.  The woman scratched Diana’s hand with

Enough!  This was a shameless display of greed and nothing to

do with the season of good will or penitential Advent.  She just

hoped that her Tetanus inoculation was up-to-date.

Diana put her basket down and stormed out of the shop.

She went to the butcher’s instead.

On the way home, she had the very pleasant experience of seeing

a 4×4 having been pulled in to a lay-by the police.

What a pity that the woman hadn’t been au fait with local knowledge,

to wit, that the Scotsquad, as everyone in Scotland seemed to be calling

the Caledonian Police, tended to lurk around that very corner on a

Diana found herself humming Let it Go from Frozen.  Oddly, it seemed

just as effective as the collect.  She must discuss that with the vicar

She sang out lustily:

Be the good girl you always have to be…

No right, no wrong, no rules for me!

Here an inspirational thought came to her:

if the boys in blue were otherwise engaged, then-what the heck!-

She depressed the accelerator, was into fifth gear and off she sped

down those same lanes. 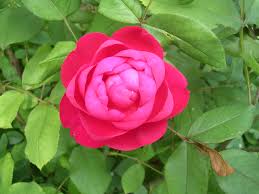 Augustus Snodbury was somewhat lost in the aisles of Suttonford Garden

Centre when he suddenly bumped into The Previous Headmaster’s Wife.

He couldn’t remember her name and couldn’t very well call her ‘darling’.

Oh, what are you doing here? she asked, giving him a suspicious look,

which being interpreted read: Shouldn’t you be at your post of duty?

I’m- ah- looking for a present, he appealed to her.  Something floral.

Well, you’re in the right place.  I always say a rose goes down well.  There

are some lovely David Austin ones on offer.  And she pointed to the

No, he was a composer.  She looked at him as if he was stupid.

Nice colour.  Yes, I’ll take it.  No point in explaining.

And how is your dear husband? He attempted some small talk, which

didn’t come easily to him.  He had forgotten the name of his

predecessor in the unexpectedness of the encounter. His Moto Guzzi broke down.  Sand in the engine when he was on the last

leg, or wheel, to Erfoud.  Luckily he had a satellite phone, so he and his

stew while the chap took three days to fix it.  I blame that Ewan

McGregor for encouraging all those oldies to mobilise themselves.  And,

everyone knows that you should never let an engine run rich.

Quite.  Ah- see you at Prize-giving.

As he put the rose on the back seat of his trusty vehicle, Boudicca,

he punctured his forefinger with a thorn.  Ouch!

He nearly swooned at the sight of his own blood.  Where was

San Sister when you needed her?  When had he last had a Tetnus jab?

Then, as he tried to suck out the thorn, as if it was venom, he had an

epiphany, right there in the car park.

produce.  Ideas were streaming into his mind and he drove back to school as

quickly as he could, without making the earth move in the plastic tub.

Zen and the Art of Motorcycle Maintenance!  He still had the book somewhere

illuminate, yea irradiate his audience.  The boys would think his field of

reference cool and, while delivering his peroration, he could wear the silk

leather jacket that he had bought in Turkey, if it would stretch over his

burgeoning tum after a winter of too many Spotted Dicks and suet puddings.

would phone Drusilla; she would help him.