So basically you have been unfaithful to ‘Costamuchamoulah’ cafe here in

It wasn’t like that, I tried to defend myself. No bog-brush bearded baristas

were involved, I assure you.  It’s just that ‘Brunetti’s’ salted caramel eclairs in

Melbourne were so tempting.

she’d read a couple of the volumes in the series at her ‘Bookworm’ group.

But, you know, I’d prefer to make a tangential mental leap to summon up a

vision of Commissario Montelbano- the young one, I mused.  Actually, one

of the waiters who brought me extra marshmallows was kind of like him. He

had the same bandy legs, but Botticelli curls.

Mmm, quite a lot of Italian guys do.  Yet, you’ve been swanning round the

She shares your taste in trending wellies.  Apparently Cameron wore a cheap

pair when he visited the flooded areas.

Oh, that was for the press, she exclaimed.  Do you think SamCam would

of a pot supper, after helping her to muck out at her stables?

Okay, I’m sorry.  By the by, I would be surprised if SamCam, as you call her,

allowed him out at all, when he is off-duty.  She would probably prefer him to

Why do I always get Donna Leon and Donna Tartt mixed up?

Dunno. Easily done. I took my tablet out of its case.

Look! This was us on our final evening at ‘Raffles’, on the way home.

Put it away, barked Brassie.  I’m not interested.  Anyway, you said you

went there twice, so I can’t forgive you.

She couldn’t resist a peek.

What were you trying to do?  Live up to your gravatar?

No, I was just having a ‘Singapore Sling.’

She drew me an even greater disapproving look.

Not a ‘fling’. You can get virgin ones, you know, I pleaded.

No, actually.  Look, I’m not trying to be elitist.  Nowadays

it is a virtual extension of a creche.  Kids everywhere.  All these

special venues are commandeered by fathers in baseball caps

and shorts and mothers pushing giant buggies with babes who

only require feeder cups.  You dress for dinner and they throw theirs

on the floor- or ground-, if we are referring to the outside courtyard.

Sometimes the infant accessories even manage to project their

regurgitations into your lap.

‘ground’, Brassie reflected. But, have you always been irritated

by kids, Candia?  I mean, didn’t you once teach the little darlings?

Don’t bank on that, I replied.  D’habitude, we only like the well-behaved

ones, of which there are fewer and fewer.  I don’t mind them at informal

eateries at lunchtime, but if I am spending a mint on a rare grown-up

treat, I prefer a kiddychino-free zone.

Coming to ‘Costamuchamoulah’ by Chinese New Year, I predict.

Mum, do you think you could stop salivating over The Young Montalbano

and tell me where you put my lacrosse shirt?

Carrie replied, In the utility room, I think, without taking her eyes off

Duh! expostulated the teenager.  And dad…

Mmm? Gyles made a kind of non-committed non-verbal response.

There was a rather attractive girl, a cross between Cheryl Cole and the

young Sophia Loren, being fed forkfuls of food in a prison cell by the

eponymous hero of the programme.

the nouveau inspector, or commissario, he of the Botticelli curls did not

look as if he was deterred.  In fact, he had given the girl the dress his

girlfriend had asked him to buy her from the local market.  It seemed to be

an incentive to talk, or do something else.  It wouldn’t earn him any

promotion with his enamorato, you wouldn’t think!  But somehow he

seemed to get away with it, though the girlfriend recommended the

recipient for a cleaning job.

be anything but a punishment.  Where could she get a gun? 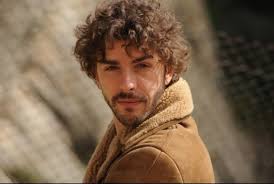 Dad!  Did you hear me?  Have you got a spare battery?

Glad to have some parental attention, Tiger became fairly chatty.

Yeah.  Well, he is in Big Trouble this time.

What’s he been up to now?

management of St Birinus’ and said that Mr Snodbury was Napoleon

and Mr Poskett, the choirmaster, was Snowball.

Did he say the Headmaster was Old Major? laughed Gyles.

How do you know, Dad?  Tiger was amazed by her father’s acuity.

team and how it was chosen.

He said the places on the team were allocated by a nepotistic dictator.

So the headmaster’s nephew is in the First team then?  The rugby coach

stole Bluebell and Jessie’s prime puppies for himself?!

Dad, John defaced the sports fixture list on the criss-cross board and

when the class were challenged to admit who the culprit had been, six

boys confessed and had to run round the sports field at break.

Tiger didn’t understand her father’s Orwellian comments.  She was

going to be studying Lord of The Flies this year instead.  Let’s just hope

that John, or B-S, isn’t in a group that is going to study Golding for GCSE.

On the other hand, that particular author had been a schoolmaster himself,

so there wouldn’t have been any flies on him either.  Tiger is sure to be

enlightened as to human nature and political systems and their hierarchies. Well, a bit of exercise is better than having your neck wrung, I suppose,

quipped Gyles. I’m amazed that Old Snod hasn’t been sent to the knackers’

yard by now.  He’s been doing something in Education for aeons and must be

than I have had hot dinners.  He would produce a fair bit of glue, I am sure,

given that ample paunch.

Dad, Castor and Pollux confessed just to get the Headmaster to leave

everyone alone.  They were accused of being anarchists.  The Headmaster

Group university if they continued to misbehave.

Hah! I don’t think he went to one himself, grinned Gyles.  His eyes strayed

to the screen again.  He didn’t think that the young Montalbano was doing

too badly, in spite of his waywardness and unorthodox approach to crime

detection and force discipline.  Probably B-S would triumph in life, in spite of,

or indeed because of, his individualistic approach.  After all, some animals are

simply more successful than others.  Even in a police cell, some folks will

manage a dalliance with a dumb goddess. Jammy devils!

He watched the credits go up.  Politics is ubiquitous, he mused.  And human

nature involves getting one over the Joneses.

aspiring bratlet and its progenitors.

theme music had been accredited to a Davide Camarrone.

Case proven.  Politicians get into everything!  Some animals are simply

more versatile and more equipped than others.  Especially if they have

had the benefit of a private education, such as Jessie and Bluebell’s 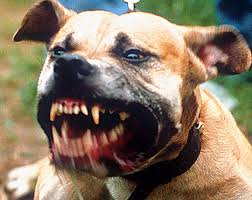