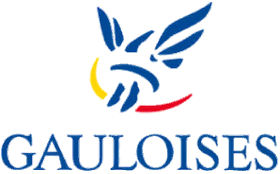 We were seated at a table in Costamuchamoulah cafe, The Frog Prince

and I.  We were looking at the previous customers’ detritus, when a

our poubelle de la table, without engaging her brain cells to think about

efficiently clearing our empties on her perambulation back to the

Sacre bleu!  Would Simone de Beauvoir have let this pass, or would she

gasket?  Would she have ordered pint-sized Sartre to take the debris

over to the counter?  The illogicality of the behaviour would undoubtedly

have annoyed such a bluestocking.  As an expression of mauvaise foi ,

would she have placed the unwanted crockery on someone else’s table?

Sartre criticised waiters whose movements were too waiter-esque.

stand, nor wait, to quote a divine poet-philosopher whom I admire more

than the Existentialist. Maybe members of staff are asserting their choice

of not working at all.  (I wonder if my new neighbour Kate Moss worked

harder when she waited on tables at The Colony?)

solitary fading beauties in the café.  The éclat was when I realised that I

had a rapport with the authoress of The Woman Destroyed.  I realised that

object; neither was I a Narcissist who, according to de Beauvoir, would

construe myself as a desirable object.  Obviously, I am The Mystic, who

invests my freedom in an Absolute.

All too aware of the processes of growing older, my interests are more

focused on The Sorbonne than a sensually inviting sorbet.

the growing indifference experienced by the older woman. With critical

detachment, she would write a remarkably frank portrait, wreaking

revenge on the female predator.   All her female characters voice the

betrayals they have suffered from their husbands and children.

Mayhap I will take on her mantle.  Peut-etre, Hillary’s revenge

Simone’s character told us what it was like to lose one’s shadow,

one’s identity and mourned the loss of that

uncompromising, but at the same time understanding, indulgent,

devoted to those she loved and creating happiness for them…

I cannot see myself any more.  And what do others see?  Maybe

Is this angst?  Is it Hillary looking in the mirror?

I know how she felt.  Why is the Frenchman not paying attention

to me?  Am I now the safe, maternal escort?  I must check this with

friends, Brassie and Clammie, with the caution that when Simone

asked Lucienne how she would have described her, she received the

Eh bien,  I might as well have the mini-mince pie, or the full-size

version.  This frog companion is not going to turn into a prince,

though stranger things might happen in the next week in global politics,

though I doubt it.  The voters are about to cast their dice.  Alea iacta erit.

Eat the mince pies while you can.  La Nausee might ensue.  Next week

we will be divining entrails, but it will be too late to choose otherwise.

is the human tragedy. 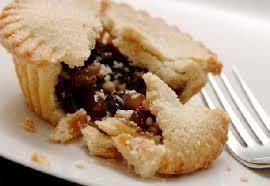 Shall we skip the Eggs Benedict?  Virginia had asked on their final morning

at the Pele Tower.  Fortunately, Snod was unaware of the implications

inherent in the euphemism that she expressed, in what she fancied was

a Lauren Bacall sultry growl.  He hadn’t watched too many Bond films and

was unlikely to have visited Voisin in NY.

He was anxious to get going before the traffic built up.  Maybe they could

break their journey in The Midlands?  Lichfield, perhaps.  He had always

It was a pity that he had to curtail the school holiday, but he had to be

available to the new Headmaster for preparatory discussions on what

should be on the agenda at the first Staff Meeting.

Virginia had to check that the printers had produced the new calendar.

The high road that leads to England…the noblest prospect! he quipped,

making reference to one of the great lexicographer’s sayings.

Well, it wasn’t a turn on for our previous Head Teacher, Virginia observed.

Davidson.  Maybe he had to spice up his erstwhile academic life.

Different kind of caravan holiday from the usual.

Johnson once said there was desert enough in Scotland. Snod’s mind

began to wander to visions of its First Minister as a Desert Father,

sitting ‘on his tod‘ atop a pillar, stylites-style.  Best place for him,

since he advocated splendid isolation for his compatriots. They do say that Scotland’s education system is superior, mused

Virginia.  Would you agree?

Ah, pontificated Snod, as my essayist hero said of the generic Highlander,

his fearlessness of assertion may either be the sport of negligence, or

the refuge of ignorance.

the fact that no enemy would invade them, as there is nothing to be

acquired but oil. Yet the natives refer to their home as The Promised

As the good doctor remarked, Snod smiled, God may have made it, but

He made Hell too.  But, to return to the debate, at the end of the evening,

Darling might have addressed his opponent with a Johnsonian put-down:

‘I have found you an argument, but am not obliged to find you an

understanding.’  Or, imagine the effect of a chiasmic remark such as:

Alex, your fantastical Plan B is characterised by features both good and

original is not good!

Virginia tried to change the subject since she had always been

taught that politics was not a suitable subject for table talk. At any

rate, we have eaten very well, in spite of the legendary abysmal

Yes, returned Snod.  I suppose they have to take sufficient

nourishment to give them the strength to escape from their

terrible weather.  It explains the diaspora.

But this summer we have experienced better weather here than

Yes, but it is always damp.  The whole country consists of stone and

water.  As Dr Johnson told Boswell, there may be a little earth above the

stone in some places, but only a very little.  He described the landscape

as being like a man in rags; the naked skin peeping out. Oh, I think you enjoyed your stay, in spite of all your grumbling,

laughed Virginia. It wasn’t only Bacall that could tame a Bogeyman.

It’s all a matter of taste, replied Snod.  As Lord Eldon reminded

Boswell, taste is the judgement manifested when [one]

determines to leave Scotland and come to the South.

Mrs Connolly came in unobtrusively, to clear the breakfast dishes.

Virginia stood up to leave and finish her packing.

Don’t be rude, Gus.  Where do you come from, Mrs Connolly?

I do indeed come from Scotland, Mrs Fisher-Giles, but I cannot help it.

She entered into the spirit of the banter.

That…is what a very great many of your countrymen ..cannot help, He was delighted by the housekeeper’s classless erudition. Their

education must be superior indeed!  Janet might have left Dr Finlay’s

porridge to burn if she had been engrossed in Lives of the Poets, or Dr

Snoddy might have been left unannounced in Arden House’s parlour

while she finished Rasselas over a wee cuppa and an oatcake.

his desk so that he could pen a prescription in Latin, which she could

have interpreted to the Tannochbrae chemist over a crackly phone

We’d better be getting on down the road, Mrs Connolly, Snod suddenly

Turning to Virginia he remarked gloomily, At least I only have a few

more pensionless academic sessions to go before I retire.

Oh, cheer up, she flicked a napkin at him, much to the housekeeper’s

delight.  Don’t think of retiring from the world until the world is sorry that

As he cleaned his teeth and performed his final ablutions before

the journey, Snod reflected that, surprisingly, he hadn’t tired of

Virginia’s company all that week and, if it was not for the pressing

urgency of his schoolmasterly duties, he wouldn’t mind spending the

woman who understood him and, as Johnson discovered in the shape

of Mrs Thrale, who could add something to the conversation.  And, come

to think of it, his preferred type of hosiery was definitely now a