betrayal, nothing will come of nothing, sestina, Trust

Now I have got the hang of the sestina, I can’t stop! 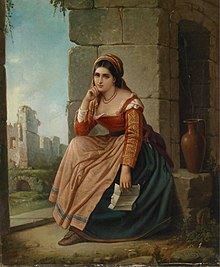 Marriage was supposed to be based on trust.

When challenged, he had said it was nothing.

She hadn’t envisaged that he would cheat.

How she wished she hadn’t found that letter,

or the lipstick marks that were so suspect.

She felt that she was going up the wall.

And between them, there seemed to be a wall.

At the beginning, she had put her trust

in God, in him- little did she suspect

that she was a mere cipher; a nothing

to him.  Though compliant to the letter,

she’d never please one who would always cheat.

Was it a triviality to cheat;

a childish mis-demeanour, or a wall

of lies, crushing her heart?  And the letter,

addressed to one who had betrayed her trust:

it was an enormity; not nothing-

to have one’s self-esteem shattered; to suspect

that he did not view himself as suspect;

that he would blithely carry on, to cheat,

to tell his mistress his wife meant nothing

and, if she cried, to callously stonewall

her needs while she’d remain patient; would trust

that he would start proceedings by letter.

She came home from work.  There was the letter.

She knew it would come, but didn’t suspect

its impact.  The betrayal of her trust

overwhelmed her.  She had married a cheat:

the writing was well and truly on the wall.

So, she had pledged her troth for nothing.

Who was it said nothing would come of nothing?

Whoever had been right, to the letter.

And so now she was up against the wall.

Though she’d play fair, she could only suspect

Oh, what a fool she’d been to ever trust!

But trust nothing again?  She was no cheat.

I suspect she’ll construct no wall of shame:

beyond the letter of the law lives trust.