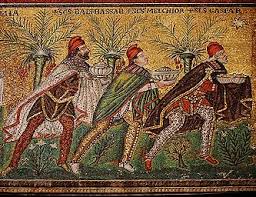 That first Spring, after the fierce infernos,

laying eggs in the bark of fallen trees.

gorging on larvae from smoked branches;

where lightning first struck, they found their store.

In dark cavities that they created,

the mountain bluebirds and martens soon moved in,

attraction for raptors and foraging

goshawks, which landed on the high, charred crowns

Light shafted in so the Giant Sequoia

could establish seedlings on the burnt floor.

from deep tunnels, or from cool river mud,

opened, undeterred by the fired clearings.

Seeds germinated, soon they were sprouting,

all the stronger for their fiery trials.

From the blazes sprang up salamanders

and sat down next to Clammie and Carrie.

come from? I asked them.

You mean he purported to be a kind of feral child? asked Clammie.

Yes, he said he had been living in the forest, I elucidated.

Carrie interrupted:  Ooh, where the wild things are!  I absolutely adored Yes, I gave her a cautionary look and resumed, but his friends in the

Netherlands soon exposed his ruse, so now he has to do community

tale.  Maybe he was brought up by a witch, threatened by a wolf, or basted,

ready to go into an Aga in some little gingerbread house.

Did they have Agas in gingerbread houses? asked Clammie.

Not so nice if there was a forest fire, I stated firmly. (Otherwise Carrie gets

carried away by the sentimental aspects of life, such as Agas.)

I suppose so, she admitted.  Tiger-Lily used to become hysterical when we

watched Bambi, the video.  She had post-traumatic stress disorder for

months afterwards.  Bambi and mother fleeing the flames- oh, it was too But fire is a good thing, I persisted.  It regenerates arboreal life.  We

understand so much more about fire ecology now.

Do we? asked Carrie, doubtfully.

Is that what you’ve been writing about today? Clammie enquired.  Go on, hand

And she took my tablet, swiped it and, as Costamuchamoulah has Wi-Fi

connection, she was able to read the above.