Lane and took a crazy right turn up a quiet residential street, on

Gary was high on speed, but only the vehicular variety.  In his mirror,

he could see the shadowy faces of his three mates, their mouths agog

control roller coaster.  This was cheaper than Lightwater Valley and the whole

Watch this! he shouted, as he took an unmade stretch of road, rutted with

pot-holes, which steeply descended towards The Ridge.

rocked violently and its exhaust scraped sickeningly on some large stones.

It was so dark on The Ridge.  You were on top of the world and all the lights

to-backs.  Leeds slept and Gary and his pals emerged from the car, almost

The urban farm’s down there, remarked Gary, lighting up a fag.  He

remembered being taken there by his Dad and kid brother, Alan.  They’ve

got horses and stuff.

So what? commented Brian.  Who needs horses when you can have

Gary leant over the driver’s seat and released the handbrake.  The others

pushed on the rear bumper.

As if in slow motion, they watched the Astra tilt forwards and then lurch.

It somersaulted once, like a stunt car in a James Bond film, and then rolled

on its side against a scrub-like bush.  It had only travelled a hundred yards

or so down the slope. 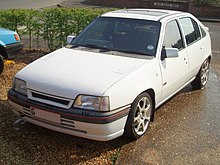 the upholstery performed its ignition.

The darkness was illuminated by a spectral bonfire.

To Woodhouse then I came,

Gary recalled his English teacher reading out something like that the

previous week.  The rhythms had remained with him along with an

incendiary craving.  No one else had been paying attention.

Scarper! he shouted and they headed for Kentucky Fried at the Arndale

Centre, just round the corner from the site of The Yorkshire Ripper’s final

hedge for the urban foxes to sniff out.

We had ‘Hot Wings’ tonight, a’ right!  Brian joked.

They started a competitive routine, sniggering as they built on Hot Wings; Hot

Gary fingered the Royal Air Force badge on his hoodie.  Dad had given it to

him after they had all been to an airshow.  It had been in his sock drawer.

But Mum had laughed.  You were never airborne. Derek.  Admit it. You were

nowt but a filing clerk.

in’t clippin’ wings, so she did.  No wonder the old man had scarpered. That’s

Where have you been, you piece of dirt? snarled Gary’s mum.  You’ve got

for you. Get out of my sight, or I’ll crack you one!

A’right – don’t have a nervous breakdown.  He ducked instinctively, avoiding a

blow to his head.

The bedroom door needed some WD40.  It creaked and Alan roused his head

from under the duvet.

This wasn’t an Existential interrogative,

Takin’ without t’owners’ consent, our kid.  Now shut it.

Stepping out of his jeans, he threw his soiled hoodie into a corner before

climbing in beside Alan.

You stink of bonfires, Alan said.  And Colonel Sanders. Did you get an Astra?

Yeah, it’s down The Ridge.  I’ll show you tomorrow if you don’t believe me.

Alan had to be content with that, for Terry had come back from t’pub and,

from the sounds in the hall, it were better to pretend to be asleep…

Gary had felt responsible for Alan ever since their Dad had left.  Dad had

never owned an Astra; he had possessed a beaten-up old Chevette, with 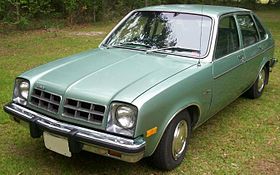 Every wing has a silver lining, he had once quipped.

He still had a silver halo for Gary and Alan. but it had slipped somewhat in

their mother’s eyes.  She wouldn’t let him back into the house, the idle slob.

Terry was relatively new.  Her toy boy.  He wasn’t too bad when he was

sober, which wasn’t often.  But, at least he had a job.  Sometimes he gave

you a couple of notes and told you to get lost, or to get kitted out down

t’ market.  Other times, he told you to go to Hell.