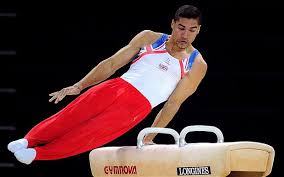 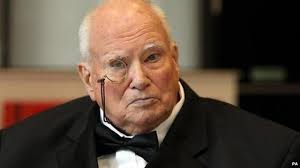 Carrie settled back on the sofa in the snug.  The kids were in bed and her husband, Gyles, was upstairs on the computer.  Bliss!  She was going to watch Montalbano, which she had recorded for such a moment.  It was so helpful for her conversational Italian, though she was picking up a Sicilian accent, she had been told.  All her girlfriends had noticed, though they were speaking in the same way.

It was Tuesday.  She was just about to reach for her Pino Grigio when she had a Proustian moment.  She remembered that she hadn’t seen Salvatore for a couple of weeks.  He used to come to the town markets regularly and had a stall shaded, or sheltered, depending on the weather, by a bright gazebo-type canopy, under which he spread out his wares- olives and suchlike.

Buon giorno!  Carrie would say in her Sicilian accent, re-discovering her Italian roots.  (Her full maiden name had been Carissima Pomodoro, but she had been brought up in Glasgow, where her great-grandfather had opened one of the first ice-cream parlours, long before Duncan Bannatyne had been a glint in his father’s eye.  Ginevra, her mother-in-law, had also been brought up in Glasgow by her parents, the Piccolalivernas.  The Glasgow connection was how Carrie had come to meet her husband, Gyles, but that is another story..)

Yes, Tuesday was Suttonford’s market day, but the stalls tended to deflect business from the regular shops. Frankly, they did not offer anything very enticing that was an obvious bonus to the town, nor did they compensate for the loss of parking spaces on High street.

Vans filled with house clearance detritus or car boot leftovers mingled with vehicles of suspect exhausts and noisy generators that spewed forth olagineous fumes and dealt in butterless baps with slabs of indeterminate material squidged with a squelch of pseudo-ketchup from an array of plastic dispensers.  All of this was profferred to townspeople who largely monitored their own chlorestrol levels and ordered their organic veggie boxes bi-monthly.

Once or twice, Carrie had dared to interrupt a stall-holder who wore fingerless gloves and who was demolishing a pasty whilst talking to the neighbouring vendor.  They’d be discussing grandchildren, golf handicaps or ferry crossings.  Having broken in with a discreet cough, Carrie would point to some ceramic item and enquire:

Excuse me, what is it?

(She was referring to its make, age, composition or provenance and she felt sure that the misunderstanding could not be attributed to her Sicilian accent, since that was restricted to her alternative linguistic mode.)

The stall holder would take a deliberate additional bite and, with her mouth full of pastry, would look her up and down, assessing her status and then pronounce:

Carrie, unsure as to whether this tag was an interrogative or a statement, would immediately slink away, completely ignored by the original addressee.

Off she’d go, past the stall which displayed Mediterranean tat-ie/ 100% polyester tablecloths and napkins in fake Souleiado patterns, whose sunny colours looked entirely out of place in the cold, relatively northern light of Suttonford, but which might have glowed jewel-like in the inner sanctum of Carcassone’s shopping fortress.  She would pass the Spanish ceramic house number plates (so useless in Suttonford, where each house has a name, darling,) and would walk beyond the abandoned trestle tables, where one had to look around for a keeper who had given up hope and had scarpered to Tesco’s for a pack of sandwiches.  No haggle margin, as nobody with which to haggle.

And then there was the effulgent aura coming from the final stall which was like the clichéd candle flame to moths and that was manned- and oh, so manly- by Salvatore, the olive seller. He was not only a babe magnet, but he drew in all the female phagocytes (cells which are capable of absorbing foreign matter) with complexions like sun-dried tomatoes and natures to match, ie/ who would give you the pip, but who giggled like pre-teens, even after half a century, when Salvatore greeted them like long-abandoned exes.

Salvatore’s alluring success owed itself to the fact that he dealt in hope, misplaced meteorological optimism and remembrance of things very far back in the past.  Never mind that he traded in over-salty olives and his stall was probably a Mafia franchise.  (Hey, Carrie had noticed two empty violin cases on the adjacent stall.  Maybe they were for the machine guns.)  For, it was possible that he was being subsidised to create addiction in the way Brits had engendered craving for opium in China, in order to gain trade control.

Carrie could observe his modus operandi- oily flattery, overt grooming, courtship and finally, seduction.  Yet, she was not immune. 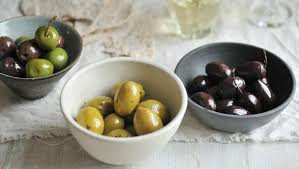 First there was the fore-play of the inviting sample, temptingly waved in front of the customer on the end of an olive wood ladle.  Then there was the caring concern shown in the provision of a clean polystyrene cup to contain the poubelles and the sensitive handing over of a paper napkin to wipe the excess oil which dribbled down most matrons’ chins.

Each lucky lady had been selected to taste a particular flavour which was skilfully matched with her character and personality: the reserved and shy could try green olives with mild almonds cheekily protruding, perhaps in a basilica or coriander dressing.

The more fiery characters were tamed by this Petruchio via glistening orbs, coated in chili, or jalapeno-flavoured oils.

Those who considered themselves cosmopolitan- such as the members of Carrie’s Italian group-had plenty of garlic garnish and the acerbic and twisted had citrus zest on black globes.

Salvatore- she had subliminally taken to calling him Salva after the detective- would lick his fingers while maintaining eye contact and then she and others in his fan club would come away laden with little tubs and paper carriers and a determination to lobby the local council for an Argentinian tango class for beginners.  Ciao and prego crept into Suttonford vocabulary, especially when the besotted customers  met up in Costamuchamoulah. 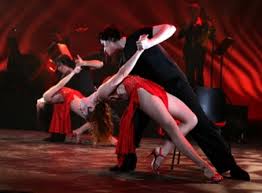 Buon giorno, Carrie!  He raised an expressive eyebrow, in lieu of a question.

She tried to maintain a certain froideur.

Try some with lemon, rosemary and thyme, he suggested.  (100% on the oleometer.)

No, I’ll just have some foccacio, she resisted.  Maybe that was the wrong word?

A little flutter like a breeze playing lightly over the strings of an Aeolian harp reminded her of her hormones.  I’m not frigid after all, she thought.

By the time he had finished with her, she had a till receipt the length of the list of Leporello’s conquests in Don Giovanni. 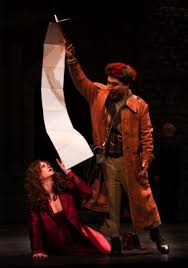 She heard a tread on the stair, which brought her back to the present.  Salva was probably basking on a verandah in Liguria- sounds a bit like a ligature, but let’s not go there.  Or, subsidised by Carrie and other victims, he was, in all likelihood, wining and dining some Loren-lookalike on his balcony over the sea, canoodling in Calabria, like Montalbano, only with hair.

Gyles popped his head round the snug door:

I thought you were watching your programme? he said mildly. Do you want some olives with your Pino Grigio?  He placed a tub of Tesco’s best on the nest of tables.

But somehow the little love grenades had lost their charm.

No thanks, love.  I’m just coming up to bed.  I’ll watch it another night.

Hello, wall!  she said to herself.

Tuesdays were never going to be the same.