From a poem (The Garden) by Andrew Marvell 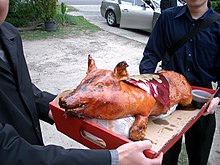