Gloucestershire. (Don’t even want to mention the Poldark

Photo by Candia’s Significant Other

I found this little drawing at a fair years ago.  It was

well drawn and in the style of Gainsborough.  Indeed it was

like some sketches he did of his daughters which I subsequently

saw at The National Gallery.

was convinced enough to send the photo to the international

expert on Gainsborough, who said it wasn’t by the master, but

For a while I doubted this judgement, as the paper was lined in

the correct way for paper of that time and it was faded. Also, the

dealer who sold it to me had only charged me £50, so wasn’t

trying to deceive anyone.  The frame was very old and was ebonised

and gilded, though distressed.

However, I was disappointed, so sold it, having told the buyer the

whole story.  I sold it for little more than I had paid for it.

Sometimes I regret selling it, but have done a copy

for myself this week.  I won’t be signing it ‘T Gainsborough!’

Used to hide behind the sofa when these came onto the screen.

caped crusader, – in peace may you rest.

We need a dynamic duo to rescue us right now,

for our present leaders…… Holy cow!

(John Noakes with Shep.  No known free use, but

you were one of those blokes

who could work with children AND animals; whose renown

was immortalised by your catchphrase: ‘Shep, get down!‘ 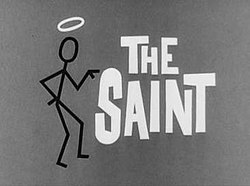 I am very sure

that for suavity, you will always be held an exemplar –

especially in the role of Simon Templar.

you could have knocked me down with a teazle

when in today’s press I mistook you for Catweazle. 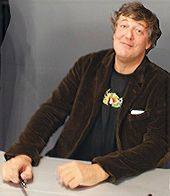 remember that one day, we are all going to die.

Don’t get carried away by lofty quiz-master behaviour.

On Judgement Day, you won’t be interrogating your Lord and Saviour.