glass fragments pertaining to the crucifixion.  I believe they

were discovered in a barn, sold to the Paul Getty museum,

but have been returned home.

Who the hell is that? you ask.

And where’s the other rogue – the one who mocked?

If I say I’m The Penitent Good Thief,

does that give you a clue?  Through gritted teeth,

I am trying to process a promise

that I’ll be translated to Paradise.

I’d get there sooner if they’d break my legs.

I can hardly breathe for my fractured ribs.

At the cusp of salvation/ damnation,

I turned my face, to see He’d gone ahead.

Some think my pardon was an act of grace,

bestowed because I showed a flash of faith,

but others say it was a just reward,

because I stopped those bandits – and Gestas

(no longer with us) from nicking gold,

frankincense, myrrh from that Man’s family,

aeons ago, when they were fugitives.

I asked then that He should remember me,

should our paths cross again – one day they did.

Well, some say Christ Himself was a Good Thief,

since He stole us back from Satan’s kingdom.

Do two wrongs make a right?  I do not know,

but I am warming to the paradox.

I’m a glimpse of your hope of glory.

Everything else is a heap of smithereens.

I joined Him in Sheol and freed captives,

but, for the life of me, I do not know

what happened to Gestas; nor where he is.

I was found, restored and here I hang now –

waiting for my promised resurrection.

Uncertain of what was meant by ‘today,’

but first in the queue to meet St Peter.

Meanwhile, give me a sip of that wormwood

and, since He didn’t want His, I’ll have it.

For scarcely for a righteous man will one die; yet peradventure for a good man some would even dare to die, but God commendeth His love towards us in that while we were yet sinners, Christ died for us.

Kept thinking about The Vine and the need to ‘abide’ if one is a branch.

I am a minor twig, but I want to be fruitful so I am not pruned and

thrown on the fire.

Based on the James Turrell artwork at The National Gallery

of Australia in Canberra…

We have chanced to wonder at the Skyspace

and find ourselves drawn down the sloping path

to the Victorian basalt stupa.

We enter through a portal, so smoothly,

as if flies had followed the labyrinth

of a cochlea, or had gained entrance

to the gentle spiral of a snail shell,

only to hear a quiet ululation.

The universe is made immanent and

we sit on a concrete bench, out of time,

a shape like a whale, but all is cloudless.

We are alone and yet we are connected,

within; without – experience distilled –

interior and exterior are

Are we in a maharajah’s tomb, or

Pharoanic chamber? We are infused

by a laser beam of cosmic insight.

The world tilts on its axis and we see

segments of reality as they change,

until the sun adjusts its slanting beams,

casting a gnomic shadow on us,

branding us with a present awareness.

No clutter of materiality:

there’s only an uncanny sense of peace.

At some point the operculum descends.

Either our eyes, or the oculus blinked. 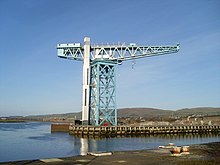