and ascend the ranks.

When one has waited a long

and it comes at last, one can’t

it would have been nice sooner.

When a woman is honoured,

but, if her age is advanced,

she’ll have lost her looks;

may have less of an impact. 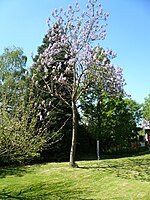 Its leaves don’t move me,

but when I think the phoenix

chose to dwell in it,

advent, then I bow

gains fine resonance from it;

its bark a fast dye.

Regeneration from its roots

links it to the bird legend.

Have just won 3rd Prize with this at The Buxton International

on Tring, from a Rothschild menagerie.

(Yes, we broke out of his glilaria

A Mad Hatter invited us to come,

but we were the wrong sort, right from the start.

Delicacies, we are quite edible,

but are establishing our own Empire,

while the Romans, who ate us, are long gone.

Those deep-fried insults are deep-dyed in us:

that we mice are its closest relative.

We estivate and hibernate: that’s true.

And we sleep (dormir) hidden from your view –

We appropriate the nests of others,

or a box some tit has tied to a tree.

We power nap under duvets till Spring.

At three weeks, our offspring will see daylight.

We chuck them out before they’re a month old

If The Border Police catch us by the tails,

we slough them off and go back underground.

We furry refugees from Hungary

are hungry and upwardly mobile too,

We have no respect for native culture

and will gnaw away at your church candles.

This is immigration on a grand scale.

We can’t be stopped, as a Protected Species.

Invasion is just a fact of Nature.

The world will have a rude awakening.

for the meek/mouse may inherit the Earth.

My third posting of poetry I like by other people.

Maybe a nod to Philip Larkin in this one?

In spite of it all,

the doors of country churches;

shoving a coin or two

in the box on the wall,

for the leaflet I take.

it over and over

to hear once more the song of the blackbird.

As I race back

I think of cathedral towns

Another poem that I liked- by Winifred Young. One of two I am

Some miracles are slow:

(whiter than all detergent claims);

healing of tissue- failing that,

the spirit’s adaptation, achievement of serenity;

(and who can know how long a labyrinth of thought

that St Paul should see a sudden light?)

awareness of Your presence

How many miracles in soul or body

the nerve that grows, the strengthened will,

Some miracles don’t happen, but

at an Anglican Retreat Centre.  I have never forgotten its

sensitivity- and I have never yet seen the kingfisher, nor

the answer to some of my prayers.  Yet, I still hope.

Kingfisher.  All you can do is

Be where he is likely to appear, and

Often, nothing much happens;

There is space, silence and

Knowledge that he’s been there

And may come again

Seeing or not seeing cease to matter,

You have been prepared

But when you’ve almost stopped

Expecting it, a flash of brightness

… an advertising endorsement on a cardboard tag attached to

in their new office (or should I have called it ‘brown study’)!

The next incumbent found them at the back

of a desk drawer: unopened; kept in case.

The trite endorsement on the cardboard pack

guaranteed every woman would chase

the sporter of these elasticated

brown socks.  So, why had they never been worn?

being recumbent if he kept them on;

maybe his wife bought him deodorised

especially if said spouse had surmised

why he was late every night; caught short.

He had had to vacate his office and

forgot these. Brown was the colour of it,

and bless their cotton socks that never fit.

And their over-stretched imagination

envisages that we’ll believe all lies.

Now The New Boss, with anticipation,

severs the link and finds they are One-Size.

century Japan, in The Pillow Book!

everyone wants to escape.

Some drivers push in;

some people give way, politely;

but others are rude

and drive right up your exhaust

when you leave the grounds

and exit onto the road.

and may flip the bird

from the safety of their car.

They wouldn’t do this

but are brave behind the wheel!

In The Seventh Month,

it is stifling overnight.

can lift up the Iyo blind.

alerts me to a voyeur.

make him think all girls

Women of the sea,

you took the world’s breath away!

You plumbed the sea floor,

in order to harvest pearls.

was an umbilical cord.

on the endgame should it break.

You signalled by one small tug

One find could buy redemption.

All this for beads to

wreath throats of those who believed

this planet was their oyster.