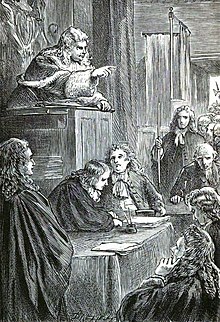 my property.  Women screamed, offering me their garters that I should

I downed another bottle of brandy and shut out their clamour.

Imagine: Chief Justice of the King’s Bench at thirty five and Lord

Chancellor before my fortieth birthday. I followed orders and to this

attribute my rapid promotion and even more sudden declension.I had

another birthday recently and there was none to exercise common

tongue and, after all, I cross-examined some of the deepest-dyed

an irritant. How difficult it was to extract the truth from Presbyterian

liars and I grew adept at smelling one out at forty miles, hence the posy of

herbs that I was wont to hold to my nostrils. Severities may be properly

used, I believe, in common with Machiavelli, if they are appropriate with

Yes, Dame Alice, I turned a deaf ear to your plea and you could not hear

guilty, and rightly so, for the Law recognised no distinction between

principals and accessories to treason.  “Let the old witch burn,” I ranted,

“and let it be this very afternoon!”

and sex and they gained a respite.  Our Sovereign commuted the sentence

to beheading, out of his merciful bounteousness.

Now the populace desire that I should shere her fate.  I am eclipsed- ha!-

comforted and maintained the fugitive rebels.  The Devil had inspired her

all his subjects.  I have oft-times heard his whine in the courtrooms

bred a brat to fight for James, but, if she had been my own mother, I should

have found her guilty, notwithstanding her prevarication that she was being

that subsequent evidence should not be admitted, since it had not been

Very clever:  but anyone who harbours a traitor is as guilty as any who

bears arms, I believed, and I hold fast to the same conviction to this day.

Thou fiend in likeness of a human creature.

The reference was lost on most in court.  Fools do those villains pity who

estate, drawn by headless horses and containing her phantom.

family, for burial at Ellingham and now the Whigs have all but canonised

Yet, when I attempted to escape from this hell-hle, no one would shelter

me in a cupboard, nor a malthouse and I was discovered at Wapping and

vigilance will not attend my taking.  So, here I lie, and suffer the

but still I resort to my brandy.  I am bound upon my own wheel of fire.

My reins are rubbed with sulphurous flames.  The gods are just and of

“What is that wailing?”  I shout to my guard.

caustically.  “Come here most learned justicer.”  And then he laughs,

“I have almost forgot the taste of fears.  I have supp’d full of horrors,”

I  answer, before I recall the context.  How malicious is my fortune that

Equivocation – the only means of survival.  She was more skilled in its employ 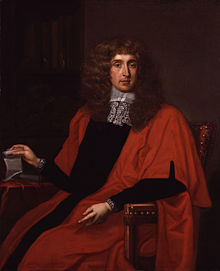 and his remains scattered.  The grave of Alice Lisle can still be visited in